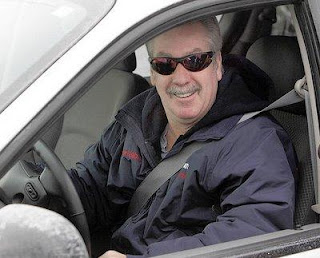 Bolingbrook, IL—The entire world knows all about retired police sergeant, Drew Peterson’s love life. This tabloid driven mystery story surrounds two young women, one dead and one missing. Both women were married to Peterson and suspicious minds have zeroed in on Peterson as an evil creator of the mystery. The truth is that we just don’t know what’s behind the circumstances.

It’s no secret that Peterson has a fascination with supple, pretty and much younger women. I’m not sure what people think about this issue but we all know younger women are energetic, fun and better looking than most middle aged women.

Middle aged men still enjoy the attributes of younger women. We all know too many middle aged women who no longer know how to laugh and have fun. Ageing is equally unkind to most women as it is to flowers.

Recently I had a chat with Peterson’s lawyer, Joel Brodsky. Brodsky gave me a little insight into the latest chapter of Drew Peterson’s current world.

Brodsky told me how Peterson recently hooked up with yet another young gal, fell in love and proposed marriage. Peterson’s primary concern was to keep her away from the media hype that has surrounded him. The glare of the spotlights and non-stop gossip apparently took its toll on the new relationship which ended.

The girl’s face-saving explanation for the breakup was to suggest that a publicity stunt was behind the relationship. At least for Peterson nothing could be further from the truth.

Guilty or innocent Peterson’s got a major challenge to finding new and sustainable relationships. Separating the real man from the media legendary suspect will be an uphill battle for Peterson.
Posted by Paul Huebl Crimefile News at 2/04/2009 02:17:00 PM

Middle aged women also enjoy the attributes of younger men who can actually focus on gratifying their partner rather then themselves.

As far as ageing, well it's equally unkind to most men, who haven't seen their feet or anything else below their waist in years because of belly fat.

Most men by the time they are middle aged have more baggage then the airport luggage carousel. Perfect example, take a look at good old Drew....except he found a way to get rid of his baggage.

Koppchick, I was hoping for some mature lady to get unglued and gibe me both barrels from her feminine shotgun!

We bad boys grow old, fat, limp and worthless but for Viagra! But for unknown strange reasons, loads of young women still make us happy sometimes. I can’t imagine what they see in old farts.

All I can say it’s a great country. Life is beautiful and certainly beats the alternative. I wish that we never showed age after 35 year and could live forever but that not possible.

The only thing we really have is the ability to laugh at the absurd things we all see every day.

Don’t take it personal Koppchick, we are all in this together and none of us are getting out alive.

RE: I can’t imagine what they see in old farts.

A man will get a belly that can rival any woman 9 months pregnant with twins and everyone laughs and calls it a Buddah. Women spread a bit, partially as result of child bearing and they get told that their ass is big and that's why their Buddah belly husband is having an affair.

I guess my frustration lies with the double standard and the reason you got it with both barrels is because you only mentioned women ageing and losing their sense of humor.

As far as long term relationships
Im just as miserable with the young pretty ones, as I am with aged heavier ones.
If Im going to be miserable, I might as well have someone that Im attracted to. Life isnt fair......

LD'S X said...
As far as long term relationships
Im just as miserable with the young pretty ones, as I am with aged heavier ones.
If Im going to be miserable, I might as well have someone that Im attracted to. Life isnt fair......

Hey, "X" no, it's definitely not fair. No matter how much I work out and what I do, my butt will never be where it was when I was 20years old but you just try to age gracefully.

If you find the right person and it's a partnership and not a war zone it can actually ease the pain of aging because you grow old together.

I often think that men are just trying to find the fountain of youth in those young girls who twirl their hair and haven't experienced any of the aches and pains of life.

Don't feel bad "X", I'm with you on this one, because I've yet to find someone who enjoys the simple things in life and someone to grow old with and laugh about the things as they go south!

I guess you got what you wanted... a reaction. Something you dom't get plenty of on your blog.

I'm 40 something, with a sense of humour, not a crows feet, not a line, no stretchmarks, no celluloid and fit. There are a lot of middle aged men I wouldn't be caught with.

You’re right! I’m grateful for any reaction to my blog at all! Thanks for your visit and comment! I’m glad that age has not clobbered you like it has me. Here is my little friend from Berlin. She is proud to say she’s 50. She has more spunk than two 19 year-olds. Enjoy a video of her I made in December.