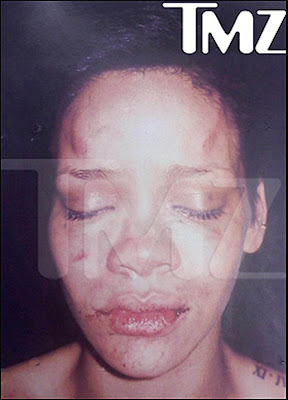 Los Angeles, CA—for more than two decades the American criminal justice system has gone bananas over the crime of domestic violence. Our politicians have gone into overdrive ruining lives and have not slowed down the beatings one bit.

It used to be that prosecutions for assault and battery related offenses were halted when the so-called victim wanted them ended. Now, no matter what these cases continue through the courts using hearsay exception laws to sidestep discontinued cooperation by the people initiating these cases usually with a call to 911.

I say so-called, because too many of these allegations are made in attempts to sway divorce settlements and child custody matters before courts. There is also the reality that some people simply lie to police out of temporary anger and vindictiveness.

Some people lose control and batter their significant others in a onetime disgraceful act. They don’t need the cops or courts to make a bigger mess of their lives. Many couples work out their problems and move on to a loving relationship despite challenges.

The police simply should respond to any and all calls, restore peace and make arrests only when absolutely necessary for public safety.

We also have the pathetic people that live for perpetrating or receiving physical abuse. We have moved away from the idea of personal responsibility. Tell me why we never blame the perpetual victim for not leaving the abuser? This is where government should not fail in helping a victim move away from some thug.

Those chronically disturbed couples that live for domestic violence need to be either ignored or forced apart. Too many of them seem to love the Jerry Springer Show lifestyle and attention that brings. I think trailer park exhibition domestic fights are very marketable as family entertainment. The producers of the COPS television show learned that long ago.

As for those people that find themselves in a domestic abuse pattern there is help. Not a government help but, that from churches, friends and family. If a domestic violence victim wants to move on with life by not seeing their significant other prosecuted as a criminal that must be allowed to happen.

It soon became a cruel joke that it was the lesbians in the National Organization for Women that demanded zero-tolerance for domestic violence laws. Once a new generation laws were in place we found some of the biggest bullies were lesbians trying to assert their pseudo-masculinity by beating their partners.

Government have never been good at much beyond national defense and the less they invade our lives and relationships the better.

Under today’s goofy laws a little woman could simply slap her very large spouse in the face for an incredibly degrading insult and receive the mark of Cain in the form of a criminal conviction for life. When the police arrive and see the man’s reddened face they must arrest the woman. The man knows he deserved the slap that did nothing except to cause him embarrassment. Days later when the man sees the error of his way and tells prosecutors he does not want his wife prosecuted the prosecution continues anyway.

In addition that woman is barred by federal law from ever owning or possessing a firearm for life. What if that little woman was a police officer or an armed security guard? Is this really good public policy?
Posted by Paul Huebl Crimefile News at 2/21/2009 08:18:00 AM

99% of DV call are total BS.People have a right to argue,it human nature.