Tuesday February just after midnight (Central Time) 560 on the AM dial. Or you can tune in right here.

The show is hosted by: Geoffremiah Pinkus who is President Barack Obama's new Spiritual Advisor! 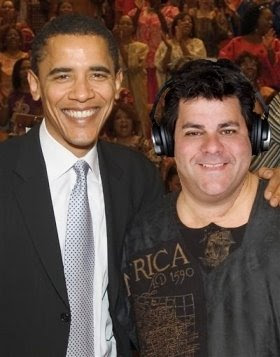 We will be talking about the Bolshevik’s Gun Control Wet Dream Bill before Congress. It is by far the most intrusive, privacy invading, search warrant enabling gun bill ever. That and another bill to end the lawful possession of ammunition in America are on Obama’s agenda.

Does anyone think American police and military troops will break down doors to enforce this un-American garbage? How many Americans will die as a result? Do we have enough jails and prisons to hold all the Gun Grab Refuseniks? Are there going to be enough body bags for cops and gun owners alike?
Posted by Paul Huebl Crimefile News at 2/15/2009 07:19:00 PM