Celebrating The 200th Birthday of A Maniacal Tyrant 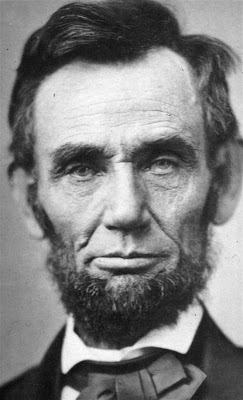 USA-Make no mistake the losers of wars are not the ones that write the history books. The winners of our incredibly destructive Civil War elevated a world class brutal tyrant to sainthood.

The Civil War should never have happened the North should have recognized the simple rights of the Southern states. Instead more young Americans had to die in an unnecessary war than in all other wars we’ve ever been involved with combined. We would have had a United States with local control.

Instead we have Washington, DC dictating every aspect of life to every state. Contrary to popular misconceptions the Civil War was not about slavery.

As for Abraham Lincoln the tyrant, he suspended the Constitution, shut down newspapers and jailed Americans without trial. Anyone speaking against that despot wound up in jail. Government thugs were sent to search homes, and businesses without warrants under this “great American leader'.

If there was a misdeed of John Wilkes Booth it was that he did too little, too late.

The Lincoln Sainthood PR Machine has brainwashed millions for nearly 150 years. Calling this un-American dictator one of the greatest presidents does a giant disservice to the scores of other men who lived up to their oaths of office.

With tough times ahead and a bogus stimulus plan that can only destroy our free market system we are about to repeat history.

As the narcotics addicts can’t afford their drugs, our prisons begin the wholesale release inmates they can’t afford to hold and the free money folks can’t get food stamps or cash life will be unbearable.

Crime will go wild as public anger spills over to the conditions of post World War I Europe. Freedom, prosperity and safety will be a thing of the past.
Posted by Paul Huebl Crimefile News at 2/10/2009 02:08:00 PM

Attacking Fort Sumter was a big mistake. Excuse or reason, that started it all.

If the union had acceded to the south, the usa would have beome a different nation without the central control, no doubt.

The story of Mary Todd Lincoln trying to relocate with a seven wagon train moving west is a sad story about a mentally troubled person.

Just like you have every right to get your money out of the bank.

Lincoln said the South could secede -- just do it legally.

In fact, some smarter confederates were saying to do it legally - not violently. When the hot heads of South attacked Fort Sumter - it became a rebellion, an insurection, a civil war.

Lincoln was bound by federal law -- and the Constitution -- to put down any rebellion or insurection. Further more he said exactly that -- he said he would not use force unless it was used against the US first.

You should have listened a little better.

The South was upset that their candidate didn't get in -- but that's their fault. They split their vote three ways. You don't get to lose an election -- then use violence to tell the president and government to disband the nation.

No nation on earth has ever allowed someone who lost an honest election, to use force to disband that nation. It was never done before that, or since.

It doesnt matter if the Confederacy was based on slavery, as their own leaders said. The Southern states could secede for any reason, even evil ones. But they could not use violence and threats to do it.

Lincoln also had Constitutional authority to suspend habeas -- the Constitution itself provide suspension "in times of rebellion".

Clever little quip - but totally untrue in the case of the Civil War.

Actually the losers of the war do very much write the history books.

I just finished reading a book written in 1865, a few months after the Civil War ended -- giving the entire slant of the South, in a book that was widely published and sold.

In fact, more books were written and sold after the Civil War -- by Confederates -- than were written after any other war. Book publishing was actually big business, and a major way for those who were made famous in the Civil War, on both sides, to "cash in".

Jeff Davis wrote some of the longest books on the Civil War.

Virtually every Confederate general wrote books with their slant, except Lee.

No one disputed their right to write such books -- many were published by Northern book publishers.

So its silly, frankly, to say the losers do not write the history books.

Even today almost every high school or college text book has to bend over backwards not to offend any Southern Confederate sympathizer.

For example, you will never see a high school text book show the Confederate's own Declarations of Causes. Why? Because the South's declarations of causes are all about how Almighty God ordered slavery , and how the black race was supposed to be enslaved.

Nor will you see any text book that give the speeches by the Conferate leaders saying the "Great moral truth" of the Confederacy was enslaving blacks.

Nor will you see Confederate leaders saying their nation was actually FOUNDED on enslaving blacks.

All those things have been carefully left out - so that no one is offended or challenged.

Maybe the South was totally right - thats not the point. The point is - the losers of the Civil War very much wrote the history of it -- and to this day many of the South's official statements are hidden from text books.