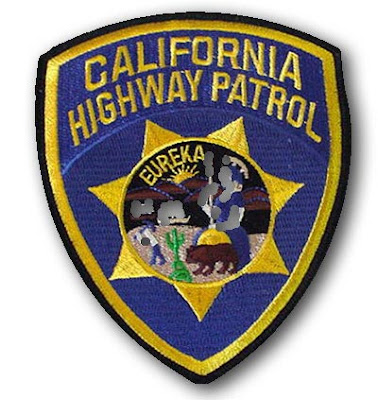 The Los Angeles County Sheriff’s Department is investigating the shooting. They say their investigation is continuing.

A department press release indicated the shooting was prompted when the dead man became physically and verbally abusive. They report that the victim officer retrieved a firearm and killed the suspect.

The killing occurred at a home in the 400 block of Amantha Avenue in Compton, CA.
The press release classified the dead man as the suspect. That translates clearly that there are no current plans to charge the CHP officer with a crime. They are calling the incident “domestic violence” related.

The dead man suffered a single gunshot wound to his upper body and was pronounced dead at the scene.

Let’s hope the officer’s career does not suffer because of her justifiable use of force in this tragic situation.

Update: KCBS-TV has identified the dead suspect as, Marcus Lavar Lemons, 31. Several members of Lemons’ family have alleged that he was a peaceful man and a victim. That has not changed the fact that apparently no evidence of a crime has surfaced. Friends and family members of the dead suspect identified the victim as CHP officer, Tomieka Jones Lemons. The same people that gave the officer’s name also accuse the officer of being drunk. As always the body fluids of the dead suspect and CHP officer will be tested for alcohol and drugs. There will be no quick results to those tests.

The CHP media spokesman, Sgt. Mark Garrett refused to provide the officer Lemons’ age, length of service or unit of assignment. That refusal is long established routine for this kind of an event. 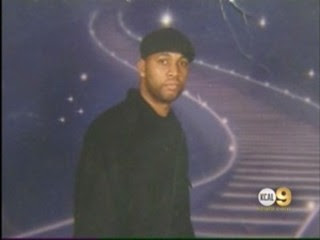 Paul you have no evidence that this was a "justifiable" homicide.

Your believing the newspaper???

She may have very well murdered her husband.

This would be very easy for her to stage and even self conflict injuries on herself.

Do you want the woman prosecuted without evidence of murder?

If they had evidence of a crime they are duty bound to arrest. I guess they ain't got none!

It's the govermnet's job to prove murder not the other way around...

If the shooting was done by a normal person there would have been a booking and need to post bail until they were removed as a prime suspect. Other than her word, what else proves her story? DEAD MEN TELL NO TAILS!!! What is her back-ground like domestic violence goes both ways!

The guy deserved it for hooking up with a police woman. They are all softballs!!

Paul why support her without the facts. We will never know the truth.

Cops can and do get involved in questionable shootings, but its a tuff job.

But to wink and nod a cops who kill their spouse? Come on man.

Had this been a male cop who shot and killed his wife it would be a BIG story.
Hopefully they'll find the motive and the gain.

I’m not taking a position of support for the CHP officer since I have little information. However, I support the Bill of Rights and the right to self-defense. That means Americans should never be arrested or charged without real evidence. Actual evidence of a crime has not surfaced here.
The mere fact there someone has died of a gunshot wound in or of itself is never sufficient cause to arrest someone.

The person under examination by police need not answer questions and is foolish to do so without an attorney present.

To the friends and family of the dead suspect, Marcus Lemons: I am not publishing allegations against the wife made nameless posters.

If you want to provide real information and give your names I will look into this a lot more.

Give me specific incidents where this officer did anything wrong at all. Click on my profile and het my phone number from the Paul Huebl Investigations blog.

It’s wrong for anyone to guess a crime occurred simply because someone is dead.

Paul,
Contrary to some of the other posters here, I agree with your assessment 100%. It is not strange at all that a female police officer gets battered by her husband. My sister is a sworn city police officer and was abused by her now ex-husband. He was slick though, and when she called the police (county sheriffs) they ended up locking her up as the offender. He schmoozed with the male cops and made it seem like she was the aggressor when in fact it was him. There was a bit of inter-departmental rivalry that might have also had a part in this. Lastly, I never take the word of a family member of a victim or a suspect. They are always going to stick up for their loved one, no matter what.

Hey Paul...have you heard any news that this officer's been arrested? I read it on some errant blog, but I figured if it went down you would have posted an update. Thanks and keep up the good info!

he use to beat me i believe this woman