Why America is Doomed 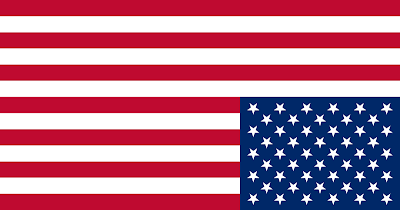 This country was founded on a simple but ingenious plan. Minimal taxation provided for the needs of government, national defense and our basic infrastructure. Along the way, 12 years of free education was provided to every man, woman and child.

Our government was never intended to be a medical, charity or welfare provider. There was a “temporary” income tax to fund World War I that never went away. Politicians and their bureaucrats simply used American’s hard earned money like a narcotic and their habit would only increase in its thrust and hunger.

America became a welfare state not only taking care of Americans but every trespasser that could violate our borders. Our income tax system for collecting money also became a welfare system with every bogus kind of tax credits for those who were under or unemployed. A Social Security system was created for the retirement of the elderly. Instead it became a welfare program for narcotic addicts, drunks and malingerers.

Guess what folks? The bill is due and they have squeezed the very life blood out of Americans and they still want more!

The Liberal Governors are now demanding a $ trillion-dollar bailout behind all the failed banks, investment houses, auto makers and a never ending list of groups with their hands out.

As California hands out IOUs instead of tax refuund checks I’m wondering if I can use those IOUs as a form of payment for all the other taxes I’m required to pay? Can I use those IOUs for my mortgage lender, grocery store or dentist? I did not think so. Government simply refuses to downsize no matter what.

We used to have part-time legislators at the state and federal level but now they are all full time money wasters. I don’t have a clue what’s coming aside from a much weaker America and the welfare state will collapse. That makes it clear, that skyrocketing crime rates along with major disturbances are on the way.

Our founding fathers had it right the first time and if we are going to survive as a country we must return to our American roots. I don’t think we will do that so I can’t help but believe the American experiment is over. Say goodbye to freedom, prosperity and safety.
Posted by Paul Huebl Crimefile News at 1/02/2009 05:27:00 PM

"Freedom" is a concept many do not understand. It does not mean you are free to do as you wish even though, ultimately, that is true.

"Freedom", in the sense that it applies to what the founding fathers had in mind, means you are free to create the best life you can by your own actions. Within the constraints of society, you are free to build your life as you see fit.

Sadly, as Paul points out, over the approaching-250 years since this country was founded on that idea, it has been lost. Today, "freedom" means you can do as you wish because "the government" will take care of you.

"We" are the government and it is up to us to rise up and assert our wishes. In our chosen form of representative government, we are obligated to tell our representatives what we want, and to then hold them accountable in carrying out those wishes.

These bail-outs are careening out of control. It is our future and that of our children and grandchildren that is being destroyed.

"Freedom" means you have the power to determine your future. It is a God-given right and ability. As with the founding fathers, no authority has the right to take away your freedom -- it is yours to assert.

Assert your right. Speak and act.

For too long now the American motto has been "Where's mine?" and the pol's have pandered to it. We fought for freedom when we were under tyranny and we were motivated. We have had it too good for too long now and are fat and lazy as a society. We are no longer motivated individuals working together for the benefit of ourselves and society. We are now selfishly looking out for number one or our own little group and the rest be damned. Politicians throw money at every problem that pops up as they watch out for their political selves. They create more government to make us dependant on government. The latest $52 million Ponzi scheme will not even compare to our governments collapse from it's own Ponzi scheme. Be prepared for it. It seems to be inevitable.

We are nolonger a nation of rifleman.

Alex Jones from Austin has said, that the 'one world government' is not some bloated bureaucracy but just an economic worldwide swindle similar to the fall out we have experienced the USA recently.

"When the people find they can vote themselves money, that will herald the end of the republic." —Benjamin Franklin

All empires roll over.

In our case, the beginning of the end was a Federal reserve committed to inflation. Created just before the income tax!

What inflation does is it makes your dollars less valuable tomorrow than today. It takes the value of your saved dollars away.

Between the committment to inflation, the income tax and expanded government, and a dozen other ways for the system to screw us in favor of a few elites, you have it exactly right.

When the youth finally rebel against the debts we've imposed on them, I hope you and all others in the baby boom and X and Y generations will join them.

I really don't care what causes the youth of today and tomorrow take up. I will stand with them no matter what, as we have sold them to the devil before they were even born.