What’s Next for Blago? I Must Be Psychic! 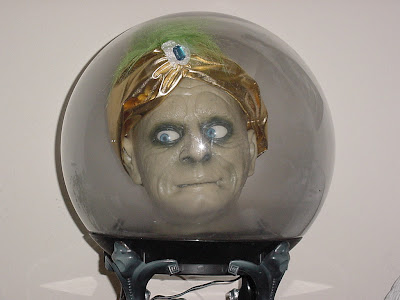 Springfield, IL—It will be a short and not so sweet formality as the Senate hears allegations and convicts the embattled Governor, Rod Blagojevich ordering him removed from office. The Lt. Governor will move right into Blago’s office and take over as he makes a big sanctimonious and self-serving speech.

Lawyer, Ed Genson is already drafting his complaint for Violation of Civil Rights and a Petition for a Temporary Restraining Order blocking the impeachment order pending full judicial review. The likelihood for success is significant since in theory the Illinois Legislature is not above the law.

Anyone who thinks impeachment will be a slam–dunk process is sadly mistaken. Remember where you read this first!

An Update: Blago’s lawyer Ed Genson announced he is planning to withdraw as his counsel. Genson cited serious communications issues with the beleaguered governor.

It’s anyone’s guess when, if or who will file anything at all in court on Blago’s behalf. I don't think Blago will just fall on his sword anytime soon.
Posted by Paul Huebl Crimefile News at 1/23/2009 02:46:00 PM

Ed Genson has decided no to represent Blago now, he claims Blago won't listen to him and he can't represent someone who doesn't listen.

I do think that the Machine is railroading Blago. He is nobody I would vote for and I never have, but this is a Madigan Machine Ploy to take the entire state over and raise the income tax, state sales tax and the gasoline tax.

I am beginning to like Rod, I hope he buries all this Machine Pricks.