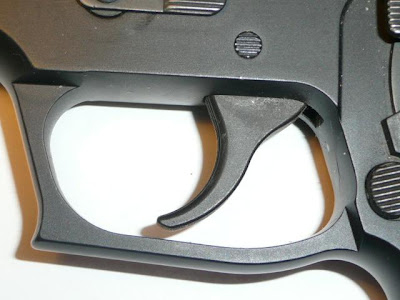 Oakland, CA—The New Year’s shooting that took the life of Oscar Grant was tragic for sure. I don’t buy that event as an intentional shooting.

No cop would intentionally shoot a helpless man in the back in front of scores of witnesses under the conditions made clear by the cell-phone captured videos.

Before this is over it may destroy the life of a second man, Johannes Mehserle, 27, the cop who pulled the trigger.

The duty or service weapon for BART police officers is the Sig-Saur .40 caliber semi-automatic. It has a 12 pound+ trigger pull. This is an ideal police sidearm.

What then caused the event? I won’t rule out some form of negligence but there were serious distractions that most certainly contributed to the killing.

Police officers are trained to fight off tunnel vision. That is our natural instinct to focus on what’s happening or the threat in front of us. Police are taught to pay attention to all 360 degrees around their positions.

The answer to the questions about was going through the young officer’s mind during this event has yet to be explained. Under the circumstances we cannot demand answers from this cop. He is protected by the same Bill of Rights that we fought wars to protect.

On that Oakland platform there was an angry mob taunting and making verbal threats to police simply doing their job. That crowd can take part of the blame because they distracted at least one cop and that’s all it took.

Was there something the officer saw or heard that caused him to draw the weapon that’s not visible on the videos?

Cops have to multitask under threatening conditions. They carry lots of equipment, perhaps too much equipment. They automatically extract that equipment from their uniform belts without looking. That in itself can be problematic.

Could have there been a spastic or involuntary movement of his trigger finger?

The experts will be examining this case for decades and perhaps so will our courts.
Posted by Paul Huebl Crimefile News at 1/15/2009 10:47:00 AM

Rumor has it his own agency is racists against white cops.
And more importantly he spoke to NO ONE including no statement to his own agency.

That why they told him to resign. He's a wise cop. he may get a involuntary manslaughter at worse. But only because he kept his mouth shut

This has to be one of the most bizarre shootings that I have heard of. As a retired cop with 30+ years under my belt, I cannot come up with a scenario that would cause me to pull my firearm unless I thought my life, or the life of another, was in danger. This officer appears to be simply trying to cuff a resisting arrestee, and simply pulled out his firearm when he possibly meant to pull his taser. If that wasn't the case, then the only other explanation would be that he meant to shoot the guy. I don't believe that. I think it was an accident related to lack of adequate training and/or improper carrying of equipment on the duty belt. The taser should have been carried on his non-firearm side.

Sensory overload, cop couldn't handle the stress level..snapped, pulled his pistol and shot the guy. Surprised he didn't shoot the dude in the back of the head and commence fire on the hecklers.

Could the cop have intended to pull out his taser and instead grabbed the gun? That has happened with police in other areas...just wondering if the BART cops carry tasers...

Another reason to dump tasers and stick to hardwood and aluminum.

Sensory overload is a possibility, but I think it's an unlikely one. This incident was not all that serious. Sure, there were some hecklers and people yelling, but he had plenty of backup on scene and he was in no immediate danger. Should have been relatively easy to cuff the guy for transport. I still believe that he didn't mean to fire his weapon but mistakenly thought he pulled his taser. Looks like this is one mistake that he won't have a chance to correct. Very sad.

These types of incidents will become more common.Reason?todays recruit is of the Xbox/Playstation generation.I talk to coppers from all over and I see a pattern with the younger ones.

They lack common sense and "street smarts".Anyone can run a radar gun and press the Z5 button.They are not aware of their environment.They do not know "things" about people and the dark side of human behavior.

The new breed is more fantasy based and "soft".They need things like Taser because they cannot fight.

Could have there been a spastic or involuntary movement of his trigger finger?

Quite possibly, but that still just makes it negligent manslaughter. Negligence being proved by his failure to keep his finger off the trigger until he was ready to fire, which is a foundational rule of gun safety across all training disciplines.

Sympathetic parallel clenching of one hand when the opposite hand clenches is a known phenomenon, reported by David Grossman. Making a fist or grabbing with the off hand can be enough to twitch the trigger finger on your gun. Not to say that specifically happened here, it doesn't explain drawing in the first place, but it is another reason to keep your finger off the trigger until you're ready to shoot. And since this is known, its another reason that drawing and putting your finger on the trigger makes you responsible for what happens when the gun goes off.

I'd like a clean case without political pressure, and I don't see how an officer would plan out shooting a downed struggling suspect in the back in front of witnesses, but I also want to see this guy held responsible for his actions and not just let go after saying, "gee, sorry about." Its the only way to keep the badge and "good faith" errors from turning into a license to kill.