Costs For Presidential Inauguration Is Obscene And Wasteful 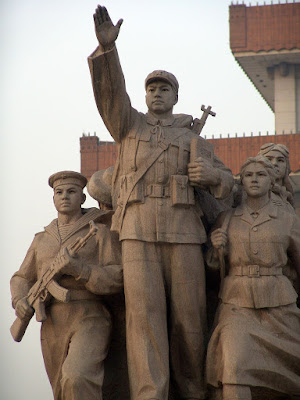 Washington, DC—Our politicians are afraid so they want a giant security force to protect them during the week Barack Obama is sworn in. Cops from all over the country are being flown in to assist various local police in the effort.

Officials are claiming a half-billion will show up to celebrate this time. My question is, why invite such a mess? Obama can be sworn in some other venue like an underground bunker. We have the ability to broadcast video over television and the Internet.

There is no magic about taking an oath of office as millions of soldiers, cops and politicians have done it. There’s no need to make this such a big deal especially when government is virtually bankrupt. Is any American President’s inauguration worthy of an outdoor spectacle costing well into the tens of millions of dollars?

I can’t imagine so many people are willing to stand for hours out in the cold to watch anyone doing anything especially when they are not going to be close enough to see anything anyway. They undoubtedly will have large TV screens everywhere which begs the question, why not watch TV at home instead?

I agree 100%. If this guy Obama truly had the country's best interests at heart, he would have a small inauguration televised to the masses and use the money saved to pay off some national debt or for something else worthwhile. But no, with his huge ego he will suck up as much glory and adoration from his mindless, liberal lemmings as he can while thinking of himself as the new messiah.

I typically avoid political topics as it's not my thing. But I totally agree with you here. My husband was sworn in with two people in the room in a matter of minutes. Just get to the business of leading the country.

What I'd really like to say would not be wise

Lets face it - since he is the first half white, half black president in US history, we will be hearing everything about his first that, his kids or wife first this and that - and because he's loaded with hollywood movie mogul money and muslim oil money, everything he does will have a big bill attached to it. Us tax payers will be paying for his mominlaw when she takes up residence there and her food and security costs. Prepare to be totally broke. No ownder he wants to end the muslim war, he needs the money for all his spending of crap that will not protect us taxpapers for one second. You all who voted for this Cool Cat & YOU will be paying through your ass and crying the blues as the muslims come on our shores to atack YOU - AGAIN!. GEORGE W. BUSH KEPT ALL OUR BUTTS SAFE HERE AS WE FOUGHT OVER THERE.. NOW WAIT AND SEE WHAT YOU ALL WILL GET FROM PRESIDENT "O'BOMB-A"/// I TOLD YOU SO...ENJOY YOUR "HOPE" AS YOU RUN FOR COVER DUMMIES!

Why would people go to see the magic negro??

Hello, Mr. Paul, I am glad to see your blogs comment sections heating up.

I think the participants in D.C. festival should truck in their own liquor and guns because there are going to short supplies.

RE: Is any American President’s inauguration worthy of an outdoor spectacle costing well into the tens of millions of dollars?
**********************************
Definitely, not, especially with the current economy. This is as big of a waste as all the money spent during the campaign. Think of what could have been done with those campaign funds had they been used for something other then personal attacks and a media blitz!

Estimates of up to $160 million will be spent on Obama's inauguration, more than triple the $42 million spent by President Bush.

From Grecian columns to halos to $160 million, I find it all blasphemous given the current state of our economy.

And he is NOT the first president to have black ancestry.