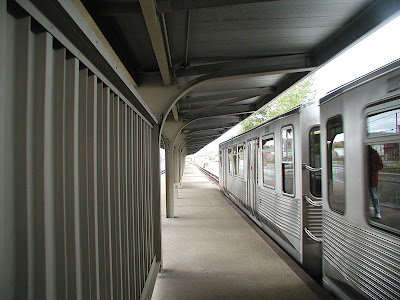 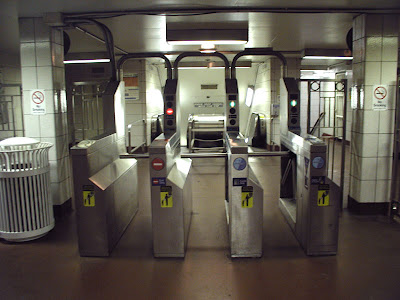 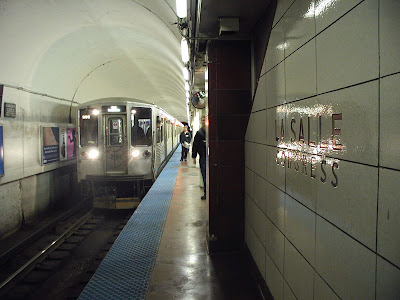 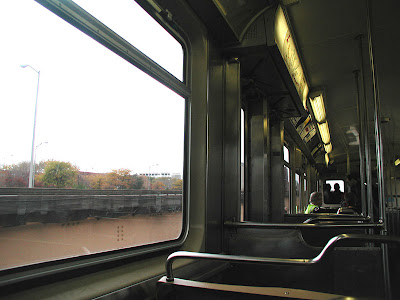 Chicago, IL—In this Murder Capital there is a rash of attacks going on in the CTA Subway and elevated lines. Unarmed commuters are being terrorized by armed thugs. My question is, where’s New York's Bernie Goetz when you need him?

All Americans have the right to use deadly force to stop robbery, rape, kidnapping and serious assault that can happen on public transportation.

Why become a victim? Get a reliable, large caliber handgun, training and carry it! Why give a rat’s ass about any gun bans when the thugs don’t? More importantly shoot the bastards!

Should you shoot a thug or two leave them lay and disappear. You have a right not to talk to police and no law requires you to stay. If the cops catch up with you say nothing and ask for a lawyer. You can’t be penalized for silence and cooperation get’s you nothing but a solid case against you for carrying a gun.

At first Bernhard Goetz was only a ghost. They only had a poor artist’s rendering of him until he made contact with the police. Goetz spilled his guts and went through hell for years even though he was acquitted for assault and homicide related charges. Why put yourself through Hell when you can shut up instead?

Even in Chicago you need not surrender to crime. Fight back and win. Let the mothers of these thugs scream and whine at the loss of their darling little cowards. Let the Liberals express their shock and horror of American surviving through self-reliance and self-defense.

Justifiable use of force in defense of self or others is never a crime. Some jurisdictions use bogus laws to violate the rights of Americans to keep and carry firearms and to that I say, so what! Cowardly thugs will skip this venue in a hurry as peace, comfort and safety will replace terror abd what's wrong with that?
Posted by Paul Huebl Crimefile News at 1/17/2009 10:35:00 AM

I'm a fan of Charles Bronson and Clint Eastwood and others alike.

This post made me think of Charles Bronson in Death Wish.
I have to agree with your ideas in this post. If I were a commuter on Chicago's rapid transit system, I would not even think of traveling without my pistol on me at all times. These thugs need to learn that some seemingly harmless citizens can send them to meet their maker, and there is no way to tell the difference between them and the rest of the sheep. Maybe that will make them think twice before committing these crimes.

That did it, Paul, you silver-tongued sonofabitch. I'm ordering a Heckler & Koch MP5 Kurz and mount it over my shoulder on a sling under my Burberry trenchcoat.

After midnight, I will ride both the Green and Blue Lines as far west as Austin Blvd. For variety, I may ride the Main Line to 95th St. once a week.

Sadly, I must first sort my laundry and floss my teeth through Labor Day.

Well aren't all those "Crime Cameras" going to stop the Thugs? Or do they only scare away the Charles Bronson vigilantes so the muggers are safe?

Flee the scene.Dont look up.Always carry sunglasses.Do not answer any questions if you become a person of interest.You have the right to remain silent,name rank and serial number only,you are a POW.

I was the white guy with the black Burrberry jacket that you demanded I hand over shortly after you pulled the knife on me and my girlfriend. You also asked for my girlfriend's purse and earrings. I hope you somehow come across this message.

I'd like to apologize. I didn't expect you to crap your pants when I drew my pistol after you took my jacket. Truth is, I was wearing the jacket for a reason that evening, and it wasn't that cold outside. You see, my girlfriend had just bought me that Kimber 1911 .45 ACP pistol for Christmas, and we had just picked up a shoulder holster for it that evening. Beautiful pistol, eh? It's a very intimidating weapon when pointed at your head, isn't it?

I know it probably wasn't a great deal of fun walking back to wherever you'd come from with that brown sludge flopping about in your pants. I'm sure it was even worse since you also ended up leaving your shoes, cellphone, and wallet with me. I couldn't have you calling up any of your buddies to come help you try to mug us again. I took the liberty of calling your mother, or "Momma" as you had her listed in your cell, and explaining to her your situation. I also bought myself some gas on your card. I gave your shoes to one of the homeless guys over by Vinnie Van Go Go's, along with all of the cash in your wallet, then I threw the wallet itself in a dumpster. I called a bunch of phone sex numbers from your cell. They'll be on your bill in case you'd like to know which ones. Alltel recently shut down the line, and I've only ha d the phone for a little over a day now, so I don't know what's going on with that. I hope they haven't permanently cut off your service. I was about to make some threatening phone calls to the DA's office with it. Oh well.

So, about your pants. I know that I was a little rough on you when you did this whole attempted mugging thing, so I'd like to make it up to you. I'm sure you've already washed your pants, so I'd like to help you out. I'd like to reimburse you for the detergent you used on the pants. What brand did you use, and was it liquid or powder? I'd also like to apologize for not killing you and instead making you walk back home humiliated. I'm hoping that you'll reconsider your choice of path in life. Next time you might not be so lucky.

If you read this message, email me and we'll do lunch and laundry. Peace!

Do not rely on the mass transit unit to help you, they are busy locking up the assholes selling transfers and loose cigarettes, instead of the real criminals.

I nice 5 or 6 shot snub is a nice thing to have,also doesnt leave shell casings.


I am sitting here laughing at your post, Northside's post, and the Savannah mugger post........... I will be sending out that mugger post all over the place......... It is freaking hilarious and this guy is truly funny as hell.

Here in KY we do have a concealed carry...... It is fantastic...... i kinda like seeing those shotgun racks in cars!!!! Wish we could do that in Chicago.

I lived in NY during the Bernie Goetz event, and a great bumper sticker that popped up was:

Every Mugger Deserves What He Goetz!

Chicago needs Bernie Goetz. The powers that be do not want to alarm residents of Chicago, or possible tourist to the city,that gangs of (mostly black) thugs are preying on them. The Chicago police are utilizing more police on the South and the West sides. So the gang bangers just go Downtown where the pickings are easy (white and have money and fancy electronics) and offer little resistance. If gangs of white people were robbing blacks there would be an outrage. When political correctness gets in the way of the truth.... you need another system. Political correctness = lies. What ever happened to "The truth will set you free" .... only if it is the truth you want to hear and not the inconvenient truth.

I see the problems everyday. I live in Avondale,(A neighborhood near Wrigley Field). I must admit,It gets dicey out here at night if you're near Humboldt Park. I've been jumped twice since 2009 for my wallet at gun and knife point ( First time was white guys,and second time was black guys). DONT WALK DOWN UNLIT SIDE STREETS IF YOU DONT HAVE A WEAPON! I'm currently working on a high powered taser glove,and have a can of bear mace. I dislike guns, and prefer Aikido and non lethal weapons. I'm currently in the market for a glock 19 with hollow friends inside. I see the steps necessary for our world to evolve to the type 1 civilization we should be. Problem is ,first we have to survive the subway. Where's batman when you need him?