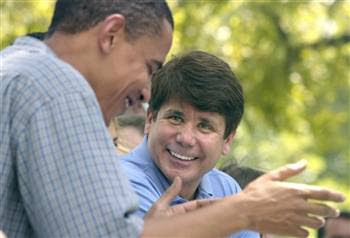 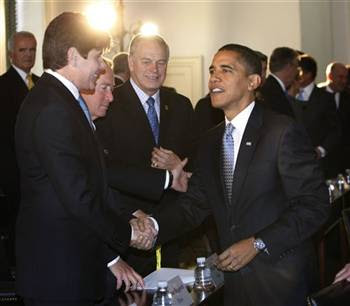 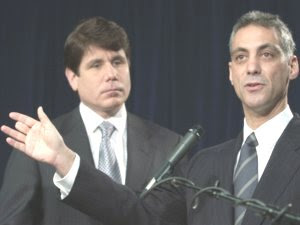 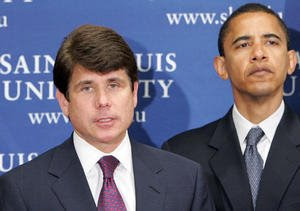 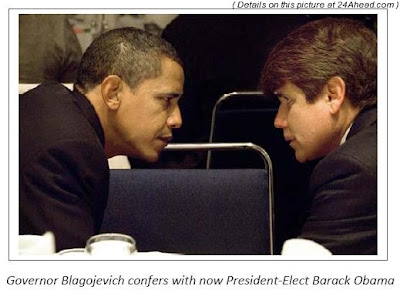 Springfield, IL—In a move I predicted, lawyer, Ed Genson will wind up litigating Governor Rod Blagojevich's removal in Federal District Court rather than before the Illinois Senate. The cunning lawyer said today he'd not become part of an un-American exercize.

The heavily, Democratically controlled Senate won’t afford Blagojevich simple due process rights such as being able to subpoena witnesses and confront his accusers. They are afraid of exposing Barack Obama to revelations that would lead to his fall from Grace.

The court will have no choice but to stay any removal and order the Senate to stop violating Blagojevich’s rights. That means they will have to allow the governor his right to due process so he can raise his defense.

This strategy buys time for everyone and will also provide a more convenient time for Blagojevich to negotiate a plea agreement and resignation. That of course is exactly what Obama needs.

On a side note there is dissention within the FBI. Some Chicago field agents think that the Justice department is protecting Obama from scandal. Some have speculated on their impending transfer to the field office in Guam once Obama has got Obama hatchet man Eric Holder running the show.
Posted by Paul Huebl Crimefile News at 1/16/2009 02:42:00 PM

A Chicago Lawyer with Morals?
Ha !

OBOMA IS AS DIRTY AS BLAGO AND DALEY! ANYONE FROM CHICAGO KNOWS THAT..

Genson, the Lawyer Blago himself hired .
Blago's also a lawyer.
Genson steps down and will not represent him in the senate. Hmm

Is he going to pull a stalling tactic claiming he needs to get proper representation before the senate and stay in office yet a few more months?

Be impeached and repeal somehow claiming He was denied representation?
Though He is a licensed as Assistant State's Attorney (assistant prosecutor) in Cook County under Bing! Bing! Guess who? Richard Daley!


The Apple does not roll far from the tree.