Worried Dems Are Building A Case of Insanity For Blago 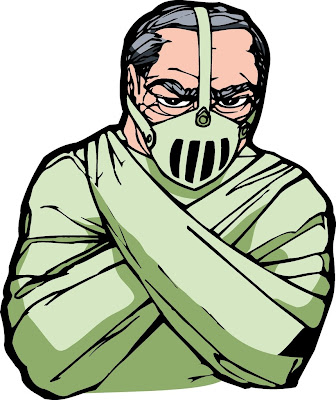 I know they’re hoping that they can get a federal judge to rule that Blago is incompetent to stand trial. They know that would stop this scandal in its tracks.

This is because they want the world to reject the evidence he is about to unleash on Chicago political corruption. They know just who Blago will fry with truthful testimony. The crooked Leftist bastards don’t know whether to slash their wrists, or snitch themselves. My advice is that confession is good for the soul…
Posted by Paul Huebl Crimefile News at 12/14/2008 08:00:00 PM