Why I don’t Trust US Attorney Patrick Fitzgerald 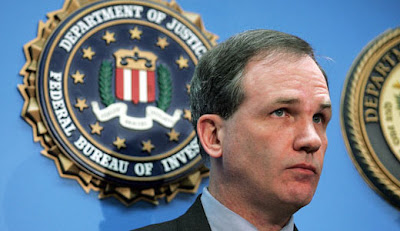 Chicago, IL—What Patrick Fitzgerald has is golden, a way to implicate or clear Barack Obama of wrongdoing. Fitzgerald can name his own price for results favorable to Obama. Prosecutors sell out all the time and get away with it since prosecutors never indict other prosecutors.

Fitzgerald has already asked the Illinois Legislature not to issue subpoenas for the highest members of Obama’s team involved in Blagogate. The Democrats running the House Impeachment Committee of the Legislature called for impeachment while forgetting due process details that would potentially destroy their darling President-elect.

They are all desperate now to avoid that at all cost. You can’t impeach anyone with affording then due process so impeachment is going to be off the table at least for now.

Demanding Subpoenas was the right move by lawyer Ed Genson. His plan has seemed to have worked. Right now they are all in a stalemate.

Fitzgerald made it too easy for the controlling Democrats by saying subpoenas would hurt his investigation. I say that’s hogwash. The damage would come as the Obama staffers all declined to testify citing the Fifth Amendment. That would create an instant Constitutional crisis for Barack Obama and this country.

We need to deal with this mess and if it brings down a budding Whitehouse criminal conspiracy, so be it.

What Fitzgerald needs to win the golden parachute of his life is a surgical strike that only takes down Rod Blagojevich and any other troublesome Democrats while making a saint out of Obama.

The real problem will be Rod Blagojevich himself who won’t stand to be a patsy and simply fall on his sword. I place Blagojevich at the very top of the Dead Pool if he continues to refuse to cooperate.

If this investigation somehow continues without shenanigans Obama is sure to be incriminated for the business as usual of Chicago’s criminal Democratic Organization.

If on the other hand Fitzgerald is on the Square and takes down this entire criminal cabal he could be elected President himself.
Posted by Paul Huebl Crimefile News at 12/27/2008 12:48:00 PM