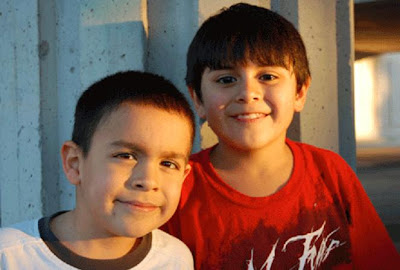 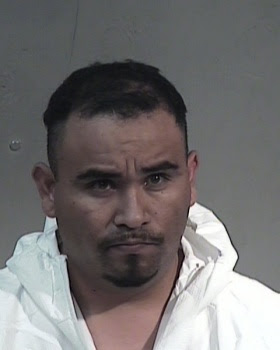 Phoenix, AZ—Two little boys were found unconscious, and near death at a park located at 93rd Avenue and West Elwood Street. The boys, Jesse Ramirez, 7, and Edwin Pellecier, 10 were badly injured by what has been determined to be blunt force trauma. At this hour the the boys who are cousins are not expected to survive. The boys were discovered on Wednesday.

Police arrested 36 year-old, Joe Sauceda Gallegos a man with a history or erratic behavior. Gallegos was observed walking away from the scene with a baseball bat on surveillance video. Police are unsure of any motive for the attack on the two boys.

A subsequent search of Galegos’ home led to the seizure of a bloody T-shirt and an aluminum baseball bat.

This is video from the Maricopa County Superior Court bail bond hearing:


There is more on this story from KTVK-TV in Phoenix, AZ.

Update: 12/26/08 sadly both little boys died this morning. It's expected to see charges upgraded to two counts of murder against Joe Sauceda Gallegos.
Posted by Paul Huebl Crimefile News at 12/25/2008 05:38:00 AM

Insanity plea or not, some people should just be locked up forever.
The perpetrator of this crime is one of them.