This Los Angeles Freeway Shooting Was A Real Attention Getter. 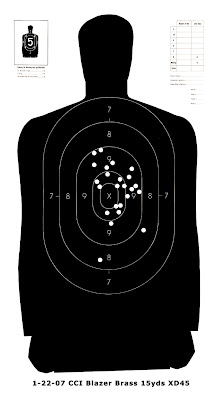 Los Angeles, CA—Motorists out driving at 3:00AM noticed a brand, new silver Bentley Continental weaving on the 101 Freeway downtown. The unidentified 25 year-old male driver was critically wounded by some serious gunfire. Tonight the victim is on life support and only has a future as an organ donor.

The questions are obvious. Who was this lad and how could he afford a $200,000.00 car? What was the motive that caused his assailant to fire no less than ten shots ruining this fantastic car?

Lots of questions are waiting for answers. I will update this strange case as information becomes available.

Update: The Bently driver had died. Police have now identified him as 25-year-old Jose Luis Macias. His relationship with the vehicle and its owner is still not being released.

Update: Police have provided additional information. They said the victim, who is now being described as an East Los Angeles Latino man was not the car’s owner. They still refuse to provide his name or that of the car’s owner. They further said no drugs or weapons were found in the car in the subsequent. Search.

Paul there are a few PI’s with Rolls Royce’s and Bentleys (ones in his early 30’s.). I was able to locate an article and photo of one. However this Los Angeles PI is not respected by most of the other 9,000 Calif licensed PI’s

You've hit the nail on the head once again - how could anybody fire a weapon at a beautiful car like that.

I can't believe these people.....Who gives a f*** about the car! I can't believe people can be so f***ing ignorant and materialistic...there was a person in that car and he was fighting for his life and all people care about is a piece of metal?? Unbelieveable

What other Los Angeles P.I.s have a new Rolls Royce or Bentley? As for not having the respect of " 9000 other Lic,. California PI's " Good! That my friend is a badge of honor, many not all only wish they could be me.