News Media Shows Ignorance Of The Law Over Blagojevich Arrest. 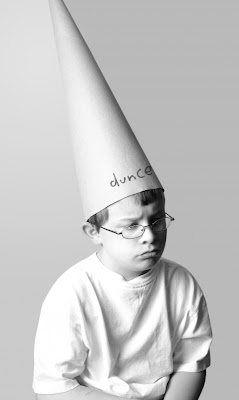 Los Angeles, CA—I’m watching news coverage and reading major news media stories about Illinois Governor Rod Blagojevich. A great number of reporters are talking about the "indictment" of the governor on corruption charges.

There is just one giant problem and that’s Governor Blagojevich has not been indicted. That is expected to happen soon but right now he was arrested on a criminal complaint with an attached sworn affidavit. I guess the reporters and producers just don’t understand the process and don’t research the crap they write.

Do a Google search on Blagojevich and indictment and you will see the offenders for yourself.

The US Attorney’s office made a solid press release and a copy of the criminal complaint available to everyone and anyone who wanted it. I posted the material on this blog and the word indictment or Grand Jury can’t be found anywhere.

Prosecutors now have limited time to get a Grand Jury to return an indictment. When it comes there will be more than two names and a whole gang of new charges. The hapless Governor and his Chief of Staff along with additional defendants will have to attend an arraignment after that happens.

If prosecutors are tardy with an indictment the present case will be dismissed. That’s not a problem because they are free to re-charge Blagojevich with the indictment.

In the mean time perhaps some news directors and editors need to educate their hired help.
Posted by Paul Huebl Crimefile News at 12/09/2008 04:49:00 PM

Asked how he learned of his son-in-law's arrest, Mell said, "The same way you did."

Actually, Mell got the news during a wake-up call from a top aide. The assistant had gotten a tip from the local police commander that Blagojevich was about to be taken into custody. The commander called the staffer, who called Mell.

Isn't this a violation of the Rules and Regulations? I bet the Feds are going to be pissed.

• • Answer: If securing the Olympic bid is all about image -- and this is not the image Illinois wants to project -- consider this quote Tuesday by Robert Grant, special agent in charge of Chicago's FBI office: "If [Illinois] isn't the most corrupt state in the United States, it's one hell of a competitor."

City lawyers reached an agreement Tuesday with a man who said he was arrested and beaten by Chicago police because he was gay, settling the case on the morning testimony was set to begin in the civil trial.

A jury was selected and opening statements given by both sides Monday in the lawsuit filed by Alexander Ruppert, who said he was falsely arrested in March 2006, then viciously beaten by officers while they shouted anti-gay slurs.

Details of the settlement were not immediately available.

Police encountered Ruppert at a bar when they responded to disturbance call.

So though Illinois isn't surprised—this is after all the home of the Chicago Way—the national media must be shocked.

They've been clinging to the ridiculous notion that Chicago is Camelot for months now, cleaving to the idea with the willfulness of stubborn children. It must help them see Obama as some pristine creature, perhaps a gentle faun of a magic forest, unstained by our grubby politics, a bedtime story for grown-ups who insist upon fairy tales. But now the national media may finally be forced to confront reality.

Even national pundits with tingles running up their legs can't ignore the tape recordings in which Blagojevich speculated how he'd get the gold for picking Obama's successor.
John Kass

Paul,
Read this,world government is here. The 2nd Amendment will be thrashed by the Communist Global Dictator.

Obama plans to reach out to Muslim world Says he will be sworn in using his full name: Barack Hussein Obama.

Anonymous said...
Obama plans to reach out to Muslim world Says he will be sworn in using his full name: Barack Hussein Obama.

Yet he did not have the balls to use his full name before the election. I wonder what else will change after he's sworn in.