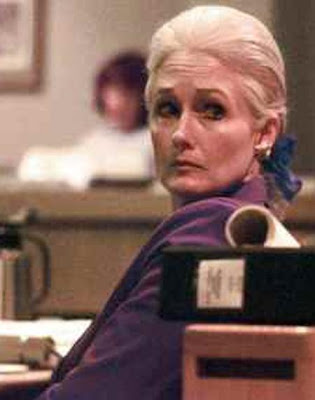 Las Vegas, NV--In 2001 Margaret Rudin, now 65 was put on trial for the murder of her 64 year-old husband Ron Rudin. Police say Rudin was shot to death in his sleep and his body dumped near Nelson's Landing at Lake Mojave in southern Nevada.

Margaret Rudin was vilified by her wealthy husband’s family. They may have been motivated by greed in their quest to get the widow prosecuted and away from inheriting any portion of either the martial property or his estate worth $11 million.

Prosecutors overwhelmed the defense by turning over some 60 file boxes of discovery material to use in trial preparation. The problem is the trial court refused the defense sufficient time to read or investigate the material. Rudin’s defense lawyers, Michael Amador, Tom Pitaro and John Momot were handicapped and could not give their client a sufficient defense under the trial courts time restrictions.

Important witnesses that should have been but were never called by the defense because their names were buried somewhere inside the 60 boxes of discovery material.

At least one original trial juror later said that although she felt Rudin was innocent the other jurors coerced her into going along with a Guilty Verdict.

Rudin languished in prison until her appeal finally found its way into the federal courts. There District Court Judge Sally Loehrer ordered a new trial.

The trial became sensational since Margaret Rudin was in her fifth marriage and was labeled as the Black Widow. Rudin fled Las Vegas after the killing and was profiled on America’s Most Wanted. There was some evidence that Margaret Rudin had an affair with an Israeli man at the time of the murder.

Somehow I don’t think prosecutors will succeed in a second trial. Perhaps it’s time for a plea agreement in exchange for time served. That would save taxpayers a whole lot of money.
Posted by Paul Huebl Crimefile News at 12/20/2008 12:57:00 PM