I’m Not Weeping For Some Of Pellicano’s Wiretapped Victims 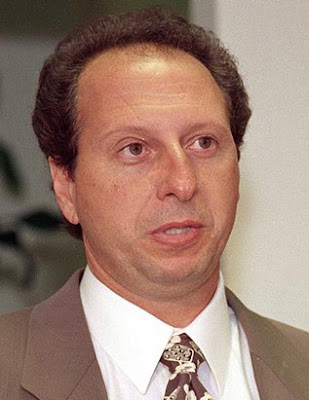 Los Angeles, CA—Anthony Pellicano, 64, sleuth for the rich and famous is awaiting sentencing on 78 criminal counts related to some really despicable privacy invasions. He faces as much as another decade behind bars beyond the five years he’s already served on another matter and current pre-trial confinement.

Pellicano existed for one reason and one reason only, people lie. People victimize others trying to enrich themselves through litigation. Wiretaps uncover conspiracies and lies every day. Now some of Pelicano’s victims are whining about their lives after Pellicano’s deeds.

One woman who was married to a billionaire hounded her ex-husband for outrageous child support after splitting the sheets. The problem was the actual father of the child was a Hollywood producer with a much smaller financial portfolio. I guess she thought her wealthy former spouse was supposed to pay for her infidelity and her paramour’s parental obligations too.

An actress from a successful TV series laments being blackballed after she got in the middle of the litigation between a powerful talent agent and her actor boyfriend on his behalf. Since the litigation both actors’ careers have tanked. That’s not about Pellicano, but the agents who are the ones that control whether actors work or not. Pissing off agents is fatal to any actor’s career.

I’m not defending Pellicano or his appalling actions, but too many of his so-called victims were liars caught in the act through Pellicano’s illegal privacy invasions.

Excuse me if I don’t weep for some of these people.

Update: 12/15/08 Pellican received a 15 year term in federal prison today. He should be getting credit for two or more years he spend in custody awaiting trial. I’m not sure just when Pellicano’s current prison term will end. In addition Pellicano was ordered to pay a $7,800 fine, along with a forfeiture amount of about $2 million to be seized from Pellicano and other defendants.

Pellicano’s lawyer vowed an appeal on the sentence he felt was overly harsh under current guidelines.
Posted by Paul Huebl Crimefile News at 12/14/2008 05:56:00 PM

I find Pellicano intresting because he had three terabytes of of encrypted recordings that he only had the passwords for.

SabraUltra said...
I find Pellicano intresting because he had three terabytes of of encrypted recordings that he only had the passwords for.

What??Didnt they have their CSI computer geek hacker crack it in 30 seconds??

I love guys that go to these BS classes and they think they are hackers.I hand them a cd-rom,tell me whats on it genius.