Illinois Governor Rod Blagojevich With Ed Genson For The defense 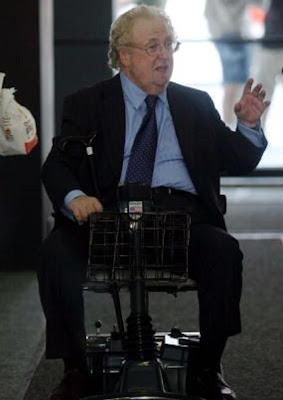 Chicago IL—The Governor turned Senate seat auctioneer, is facing many years in prison and unlike some are saying I know this fellow’s future freedom prognosis is very poor.

The primary problem is cook county Illinois is infested with a special species of two legged rats who have all been up to no good. They were part of Blagojevich’s inner and outer circle. Presently they are scrambling for their rat holes and lawyer’s offices. They all stopped talking to their former pal who overnight became a major pariah who is being stalked with all manner of media.

The rats have already begun to cut immunity and reduced sentence deals with the government in exchange for testimony. I understand that there is a real Snitchfest going on in the Windy City right now that will even snare some more rats inside the Obama administration still under construction.

You can’t have a conspiracy these days with several people and expect them all to withstand a prosecutor’s enormous pressure. The recent O.J. Simpson case was a clear demonstration. Most of the rats in that case cut deals as Simpson and one holdout went to prison.

This case is spreading like wildfire as the rats are giving information on this as well as totally unrelated events involving other public officials. I expect numerous indictments from the current Grand Jury that hearing evidence currently known. The government has 30 days to indict Blagojevich or drop charges. Of course the government will probably ask for and get several time extensions do to the complexity of the case. Indictments will begin to flow like a raging river.

Once Blagojevich is indicted the prosecutors have to turn over their evidence to the defense. Venerable criminal lawyer Ed Genson will have papers dumped on him
by the truckload. There will be a massive amount of defense investigation needed to wade through and find the weaknesses. Of course by then Blagojevich and his wife may re-evaluate their course and direction.

Will they fight this and stand trial? The track record for juries convicting politicians is usually 100 percent. That’s always a bad idea but the defense lawyers are always willing to collect a king’s ransom for a good fight. Genson will always put up a grand battle but he is also pragmatic and knows when to fold the cards for the good of a client and his family. I have known Genson for nearly 40 years.

Long ago I learned a special Cook County legal maneuver from Genson when he told a judge his client needed a continuance so they could locate a certain, Mr. Green who was an important witness. The judge granted the continuance with a smile. That was a secret code that indicated Genson was still waiting for his retainer.

The other and only option for Blagojevich is to join the Snitchfest and bring as many co-conspirators into the mix as possible. With any luck there will be vacancies at every level of Illinois political office as a result.
Posted by Paul Huebl Crimefile News at 12/15/2008 09:06:00 PM