Domestic Violence and The Right To Keep And Bear Arms 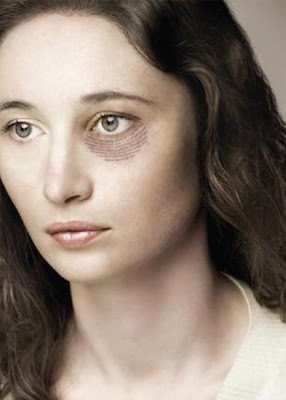 During a documentary interview the late TV journalist, Jessica Savage posed a question to author and police trainer, Massad F. Ayoob for a PBS Fronttline Piece:

Q. Should a man who beats his wife be allowed to have a gun?

A. A man that beats his wife should not be allowed to have a wife.

Washington, DC—That’s the very issue before the United States Supreme Court in, U.S. vs. Hayes.

Of course the, Lautenberg Amendment covers simple assaults of anyone who shares a dwelling with someone he has been convicted of assaulting. A person convicted of even to the most minor assault is barred from owning firearms for his or her entire life.

These types of crimes are never recorded by video surveillance cameras or observed by independent witnesses so far too many convictions here are flawed for two reasons. People lie and courts too often error on the side of conviction because the popular conception is conviction with probation or other punishment will prevent a second such accusation therefore the peace will be kept.

The major flaw is anyone convicted of even an inconsequential domestic assault is branded for life even though the so called victim never even wanted a prosecution in the first place. Our modern domestic violence laws don’t allow the person determined by police to be the victim to withdraw from the prosecution of the accused.

If the assault was serious enough where any injury requires medical attention felony charges along with that standard prohibition against gun ownership has been the law for many decades.

The Lautenberg Amendment was merely a tool used by the confirmed gun-rights hating author to bar thousands of non-dangerous Americans from their Constitutional right to possess firearms.

Guns in domestic violence matters are nearly meaningless because the offenders are physically capable of killing or severely injuring their victim with mere hands and feet. Of course every household holds every manner of deadly instruments from kitchen knives to fireplace pokers. That being said not having a firearm has absolutely no impact on domestic murder.

We will soon have an answer from our nation’s highest court on the sheer folly of the Lautenberg Amendment.
Posted by Paul Huebl Crimefile News at 12/21/2008 04:52:00 AM

Lautenberg Amendment is in violation of "expo facto".I know SCOTUS said no but they are CLEARLY wrong on this.

Lautenberg Amendment was as CF stated a tool to ban folks from owning guns.

Powerful tool used by the ex wife's attorney to harass the male during the custody dispute. Mine visited the sheriff 5 times in 2 years pleading her case that "I know he has guns"..so 15 deputies came by..soon realizing "Looks like your ex is using us to harass you..". Guys either catch the molestation or violence "card" in these custody matters. Like thousands of other men, I lost my guns and my kids. btw- I'm a credentialed teacher