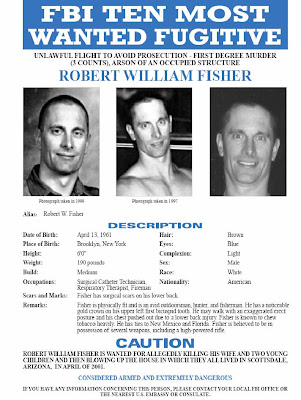 Scottsdale, AZ—It was in April of 2001 there was another strange case of domestic Arson/Murder involving a fireman with a pristine background. That suspect, Robert Fisher is still on the run today.

Had the Bad Santa killer, Bruce Jeffrey Pardo not been seriously burned he too may have been on the FBI Ten Most Wanted List.

Like Pardo nobody expected Fisher to engage in such serious mayhem.

I saw you on TV.... Oooo baby. Your kind of cute. You big handsome hunk or a PI.