House Of Blues And The Culture Of African-American Violence 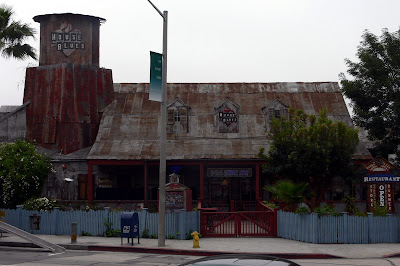 West Hollywood, CA—It’s a tourist magnet. It’s a place to hear musical giants and up and comers. Its part of the franchise set up after the wildly successful and really fun move, The Blues Brothers. The House of Blues is under attack by their residential and commercial neighbors over African-American Hip-Hop music related violence.

The neighbors are tired of the noise created by sirens of police, fire department vehicles and helicopters responding to crimes and injuries.

In a 12-month period there were 44 arrests and over 100 calls for police service to the trendy Sunset Blvd. club. The problem is the brawling both inside and outside the club exclusivly on Hip-Hop music nights.

Normally the House of Blues is an enjoyable place for great entertainment. That all changes when the music and its audience becomes nearly 100% African-American.

The racially charged violence has become the subject of public hearing filled with angry neighbors that want the House of Blues out of West Hollywood.

It’s great to promote tolerance and racial harmony but no one should be asked to accept the crime, drugs, damage, homicide and injuries the African-American culture embraces. This is not cute or cool, it’s criminal and deadly.

Hip-Hop stars gain popularity through their criminal conduct and prison stays. This is simply insane.

If refusing to accept the criminal culture of a racial group is racist then feel free to call me a racist too.
Posted by Paul Huebl Crimefile News at 10/07/2008 08:51:00 AM

Email ThisBlogThis!Share to TwitterShare to FacebookShare to Pinterest
Labels: house of Blues, race

The House of Blues in Chicago has the exact same problems, but its their dirty lil secret.