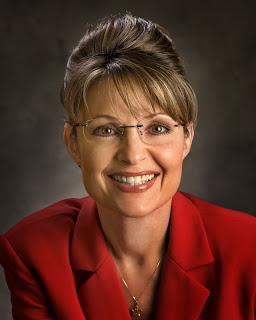 St. Louis, MO--Govenor Sarah Palin proved herself up to the task of going head to head with a career politician and terminal Liberal. Viewers couldn’t help but notice Plailn coming off as the real life, Energizer Bunny. It was a great debate. The event was watchable and entertaining.

It's clear that it was Governor Palin under the microscope rather than Senator Joe Biden. Palin did not disappoint. I give Palin an A+.

Joe Biden’s vast experience was really no advantage over Palin’s unchecked charisma and charm. Pailin came off as smart, delightful, refreshing and trustworthy.

I have to appreciate Biden’s gracious interaction with Palin. Biden did not come off as a condescending or in any way offensive. Biden came off as a politician who believes his own polished propaganda.

Tonight Sarah Plain has won the hearts of millions more Americans and I can only expect to see her someday as our President while she is still young.

This debate should sideline any thoughts that Palin could not hold her own as our Vice President. Palin came off as one of us rather than an elite snob. Senator John McCain is really lucky to have her on the ticket.

Obama supporters are heading to the bunkers with no YouTube moments to use against Palin or McCain.
Posted by Paul Huebl Crimefile News at 10/02/2008 07:49:00 PM

Email ThisBlogThis!Share to TwitterShare to FacebookShare to Pinterest
Labels: Palin

Sarah Palin kicked old Joe Bidens butt! She was informed, non-abrasive, and came across as the kind of person you'd like to have a beer with! I can't wait to vote for McCain, she explained his position better than he does. Watching Sarah McCain is like watching Smith Goes To Washington! It"s time has come.. the Old Copper.

She has too much class and is too much a lady to be drinking a beer. If she drank (and doubt she does) it would be like me an occasional Martini or a glass of Pino Noir.