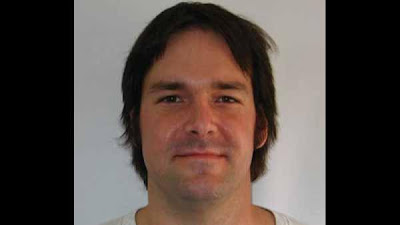 Des Moines, IA—The Iowa Court of Appeals has ruled on the controversial case of Chicago police officer Michael Mette. Mette has been serving hard time in Iowa’s prison system. So far Mette has been behind bars for nearly an entire year.

It was on October 8th 2005, Chicago police officer Michael Mette of the Fillmore District was attacked by a Dubuque college student, 20-year-old Jake Gothard while attending a birthday celebration at his brother’s home. Before it was over, officer Mette was arrested, prosecuted, convicted and has been serving a mandatory five-year Iowa prison term.

The problem with the conviction is that Mette’s action came as a result of pure self-defense to avoid injury from an assault by the drunken Gothard. The assault was compounded by the findings by a lower court judge who convicted Mette despite strong evidence that there was no crime.

While in prison Mette complained of abdominal pain and was refused medical treatment. Mette had appendicitis and finally his condition became life threatening and he had to have a portion his bowels removed in emergency surgery.

The case has proven to be an outrage that has mobilized Mette’s fellow officers, Mayor Daley and Chicago’s police superintendent Jody Weiss to seek Mette’s release from this unjust conviction.

With the reversal of the conviction Mette should be able to return to duty as a Chicago police officer without delay. I suspect that he should be getting back pay for the work he’s missed while in prison. I know that Mette’s fellow officers will welcome him with open arms.

The sad part of this story is Michael Mette and his family will never get back that year of his life wasted by an unjust conviction. This is at best a bittersweet conclusion to a frightening and sad story.

So far prosecutors have not said if they plan to take their case to the Iowa Supreme Court. They have 20 days to do so. I would expect a fairly quick release of Mette from prison as a result of a yet to be entered lower court order.

As an individual that lives in Cedar Rapids, Iowa, I can tell you first hand how absurd and corrupt the Iowa Court system is...I am currently in a situation like this unfortunate officer...On Sept.5, 2008, a drunken, aggressive neighbor trespassed into my property and began to tear down a gate of mine...I went out with a camera to take a picture of the trespass, as I have had trouble with this neighbor on multiple occasions in the past..He confronted me, swung at me and knocked the camera out of my hand and began swinging wildly at me..Of course, any real man is going to respond to such a provocation...Be it noted that I got a picture off first showing him clearly on my property, and in a narrow corridor from which there is no retreat available...Nonetheless, he rightfully got the worst end of the clash, and guess what? I'm the one charged with assault and this jerk got charged with NOTHING! IOWA SUCKS!