What’s Next In The Goldfinger Murder Case? 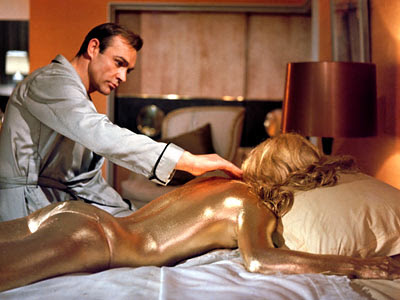 Los Angeles, CA—Right now James Fayed, 45 and Jose Moya, 47 are in a fight for their very lives. This fact has probably not really been digested by the two accused killers as they adjust to life inside the L.A. County Jail. The defense lawyers have no choice but to give their clients hope and keep them in the mood to help them fight the charges. The lawyers also have to be paid to take on this promised long and protracted fight.

It’s too early in this prosecution to learn just what prosecutors have learned from the LAPD and other agencies involved in this nasty murder probe. Fayed's wife Pamela Fayed 44, was slashed, hacked and stabbed to death in a parking garrage in Century City, CA on July 28th. These facts will slowly surface over the next two or three years. We will all know a lot more quickly if prosecutors opt for a Preliminary Hearing.

I’d expect to see lots of data and video that our new high-tech surveillance society now provides. The suspects like all of us are constantly tracked and photographed everywhere we go. Once they obtained the cell phone and credit card records the cops ran around gathering the video at the gas stations, drug stores and commercial buildings where the cards were used. The cops already know much more than most people can imagine.

The defense has to gather all they can to show other potential suspects and motives for the murder. They have to anticipate who adverse witnesses are and begin exhausting background investigations to either implicate their involvement in the killing or at least impeachment material for their expected testimony. This effort requires top notch and aggressive private investigators.

The defense attorneys begin their damage control carefully working a public relations campaign if for no other reason is to try and insure his client as fair a trial as possible. Reading reports of the L.A. Times I have already read the three ugliest words in a defense lawyer’s vocabulary, jail house snitch. That means we will hear a so-called confession bought and paid for with a get out of jail free card for some total scum-bag.

Now’s the time prosecutors have to make one of their most important decisions. That is to hold a public Preliminary Hearing or to seek an Indictment by a secret Grand Jury. The goal here is to get a finding that there is in fact Probable Cause to hold the accused for trial on the murder and related charges. This is not so challenging as the old saying goes, any good prosecutor can indict a ham sandwich. The difficult but true part here is that 80% of criminal defendants find themselves convicted.

We will learn shortly the route prosecutors will take to drive Fayed and Moya straight to the Death House by the Bay.

This case has a companion mess and that the tremendous assets tied up in the federal investigation of Fayed’s business they already called a Ponzi scheme. The feds have reportedly moved to dismiss the single indictment for operating without a required license. Will they also release control of the assets?

I suspect Pamela Fayed’s 18 year-old daughter could be in line to control the assets and protect the many investors who are unable to get their money refunded at present. A receivership appointed by a court makes more sense and identified investors will be repaid at least with whatever percentage of their money that has been located and protected. The investors must get legal advice and secure their claims to avoid missing time limits.

This investigation has yet to play out. The unidentified co-conspirators have not been located or arrested and the investigation is continuing. This is a story that should wind up at some point as a feature film.

Will the correct people pay for this brutal and cowardly crime? Will the investors see their money again? We will have to see what’s next in the Goldfinger Murder Case.
Posted by Paul Huebl Crimefile News at 9/16/2008 09:19:00 PM

Paul, Great post. With that 'Money Transmitting' charge being dropped do they currently have any other legal basis for holding his seized assets? Not sure if the murder charges allow confiscation of personal or business assets. As you say, seems they should now go to a receiver. I suppose time will tell, glad they are catching the bastards there are a couple of young girls missing their mother right now.
Mark