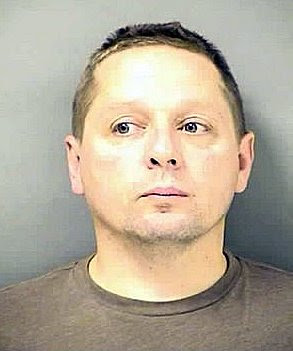 Bolingbrook, IL--Len Wawczak claimed Drew Peterson would be charged for murder long before he’d be facing a battery charge in court. Wawczak was wrong charges have not been brought against Peterson in connection with the disappearance of his wife Stacy Peterson.

Wawczak entered a Guilty plea for that crime this morning before Will County Circuit Court Judge Raymond Nash. Nash will decide Wawczak’s punishment before Friday.

Wawczak bragged about his criminal deed to any and everyone who would listen including national news outlets. It’s clear he is neither repentant and would repeat the crime at first opportunity.

Wawczak’s conduct clearly demonstrated that he is both dangerous and obviously mentally unstable.

Drew Peterson deserves the protection of the law from the likes of the obsessed, out-of-control, admitted criminal Len Wawczak. Hopefully some jail time and closely supervised probation will keep a tight leash on this miscreant.

In the meantime the Wawczak diversion should not affect the search for the missing Stacy Peterson. Drew Peterson has denied any wrongdoing and has been only charged with a highly technical weapon possession violation.
Posted by Paul Huebl Crimefile News at 9/10/2008 01:34:00 PM

Lenny just pissed that Paula was orally servicing Peterson for several months. That was the motive for the assault. There was no bugging as those two have claimed.