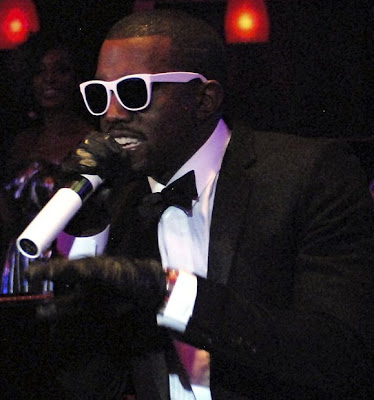 A TMZ video photographer was likewise assaulted and robbed of his equipment that was also smashed by both West and Crowley.

Police were called and somewhat soft-balled the arrest by charging the two thugs only with vandalism. There is video showing the physical force that was used to steal and subsequently destroy the cameras equipment.

The proper charge here is robbery, not simple vandalism. This is the kind of behavior we put people in prison for rather than hand out short jail terms, probation or fines.

I can understand a celebrity’s need for privacy but it’s something they gave up when they chose to publically entertain. In public places like airports, streets and such anyone has a right to take their picture and or try to make contact.

The tabloid photographers are here and they more often enhance careers rather than damage them. Assaulting and robbing these workers is both thuggish and criminal. West and Crowley should receive the same punishment as any common strong-armed robbers in Los Angeles.

These jerks can easily afford to compensate the photographers for their equipment and the working time they will lose replacing the tools of their trade. That is not nearly enough of a price to pay for what was caught on tmz.com’s videotape.