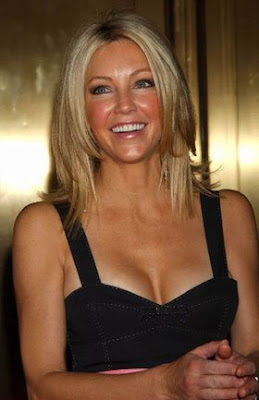 MONTECITO, CA—Heather Locklear was apparently spotted by a tabloid magazine snitch looking for a way to sell photographs and video.

TMZ.com has posted a 911 call that may have been designed to simply bring police to Locklear and her car for investigation of DUI when there was no basis for such a call.

The caller knew for sure that pictures of Locklear doing, “Simon Sez”, or the routine field sobriety test with the police would have cash value even without an arrest. The investigation would also bring a flurry of questions from an officer. Questions like,”are you taking any medication?“ top the list.

Most Americans are unaware they do not have to answer any questions, or cooperate with police by following requests to submit to their examinations and field sobriety testing. Drivers must agree to breathalyzer and in some jurisdictions blood testing or face the loss of their driver's license. Those tests don’t happen until after an officer actually makes a DUI arrest.

Most DUI arrests can be avoided by simply remaining silent, asking for a lawyer and not performing those embarrassing dance maneuvers for police. The problem for real drunks is they can't remember to follow such advice when they are under the influence.

Heather Locklear had a real problem to deal with that the average driver will never face. The total embarrassment and career killing exposure that even an innocent police stop would bring to her had to have a giant impact.

That kind of pressure brought on by simple stone cold fear would cause anyone to appear to be under the influence. The influence of real fear would also mimic impairment.

Most people don’t know that you can be arrested for being under the influence of any number of prescribed medicines. In a police stop that impairment diagnoses is not made by a physician but a cop with some limited training. Taking most medicines as directed does not cause sufficient impalement to justify an arrest.

This arrest of Locklear has a really foul odor to it since it was brought on by apparent financial greed. The CHP officer apparently allowed a 911 caller’s information to influence the scope and direction of what transpired. I hope Locklear’s lawyer Blair Berk gets her life back for her soon.

From my perspective as an internet surfer and blog reader, most citizens would be better off taking the ride downtown and having their car towed than to utter a peep without an attorney's council.

The cops are into enforcing the law not social counseling and the main purpose is advancing their career with arrests and convictions.

That is why, citizens are always screaming, 'Where is a cop when you need him'?

I usually agree with about 95% of your posts Paul, but this one I have to totally disagree with. First of all, you are giving advice on how to beat a DWI charge, which really won't work anyway. As an ex-copper, I'm sure you have seen the carnage that drunk driving causes every single day. You also mentioned that the impairment diagnosis is not made by a physician, but a cop with some limited training. I retired from the state police after having served over 27 years, and during that entire time I never once felt the need to seek the advice of a physician to determine if someone was impaired. Experience on the streets will fine tune a cops judgment and ability to find impaired drivers, even those borderline drunks. If the CHP officer did his job properly, he would have taken the information from the 911 caller to locate the vehicle in question and then used his training and experience to determine whether he had enough probable cause for a stop. A 911 call is not sufficient grounds, by itself, to stop a motorist. If the officer observed her vehicle committing the usual traffic violations that impaired drivers routinely commit, then he has his PC for the stop. Simply asking Locklear to then submit to field sobriety testing does not automatically mean she will be arrested. As you know, it is used to help the officer determine if the driver is impaired. I've made a few suspected DUI stops in my time and ended up letting the drivers go because the field sobriety tests showed they were not impaired, but rather were simply tired. A driver who refuses to answer questions or perform field sobriety tests will still be charged with DWI, if appropriate. Red, glassy, bloodshot eyes, odor of alcoholic beverage on person, pupils dilated or constricted, clothes disheveled, slurred speech, loss of balance, horizontal gaze nystagmus testing, etc, all come into play besides the standard field sobriety tests. All the officer has to do is rely on his visual observations. We need to do more to discourage people from driving under the influence of alcohol or drugs, not encourage them to lawyer up and refuse to cooperate with the police.

The greatest benefit of being an American is the freedom and rights we have. “Lawyering up” as you say and the right not to “cooperate” with the government who is there not to help you but to put you in jail the essence of freedom.

Lawyers routinely give advice not to talk to or cooperate with police. Criminal lawyers have gone to the trouble of printing up that advice on the business cards they hand out. This information about rights is not some secret the public is not supposed to know about. To the contrary its part of every school children’s required lesson plan in America.

These are the very rights we have redundantly gone to war over.

The DUI symptoms and signs you talk about exist in alcohol related impairment. Drug influence evaluation is a lot more difficult.


A woman’s eyes are different from men’s. Eye makeup, the emotional response of tears can cause observers to suspect impairment when there is none.

Heather Locklear’s case will stand or fall based on the laboratory results of the contents of her bodily fluids.

Every police officer in America takes an oath to support, defend and protect the Constitution of the United States of America, as well as their own state.

We have to stand to protect freedom as well as citizens from each other. It’s too often we place enforcement over freedom. Striking the balance is the art of fighting crime in a free society. Nobody said that was easy.

"Every police officer in America takes an oath to support, defend and protect the Constitution of the United States of America, as well as their own state."

Tell that to the Chicago PD officers who enforce Mayor Daley's gun control, even in the face of the recent Heller decision.

Chicago police have noticably backed off making gun arrests in Chicago. There seem to only be gun arrests if they are connected to real crimes like armed robbery.

Gun arrests are WAY down from prior years.