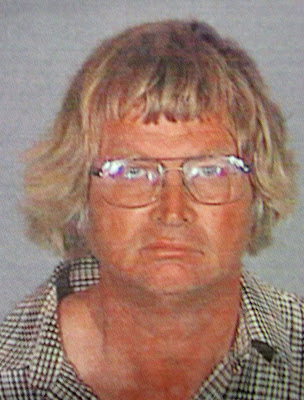 Westwood Village, Los Angeles, CA—It was 11:30 PM Friday when a heavily armed homeless man pulled out a pistol and fired it at a traffic signal and concrete wall. This happened on a deserted corner of Le Conte and Broxton Avenues.

Gene Carlton Bush, 52, is a well know local guy who was recognized for his art-work. His friends call him “Dutch”. At least one local restaurant, The Habibi Cafe utilized his services to decorate the popular eatery. Bush was apparently living in his van with his gun collection. Bush has no known criminal record. Nobody can guess just what crisis prompted his behavior.

For whatever reason, Bush fired a few shots in what can only be described as a non-threatening manner to get police attention. Was Bush trying to commit, “Suicide By Cop?” Soon the UCLA police responded and using minimal force and a Taser they subdued him. Reportedly Bush has been making anti-government statements. I suspect he was only parroting words heard at the recent Democratic National Convention.

A subsequent search of Bush's White Ford van revealed 10,000 rounds of ammunition and writings police suggest is a manifesto of sorts called, “The Secret”. Okay he writes! Maybe he was trying to pull off a Hollywood publicity stunt to sell his writings.

Bush could have gone on a deadly rampage at one of the restaurants nearby or the always crowded Starbucks coffee house. Instead Bush used a quiet corner for this drama.

I spoke with Saad Fathi, the owner of The Habibi Café who has known Bush for several years. “Dutch was reliable, honest, friendly and has never shown anger or violence” said Fathi, "He was able to replicate the difficult Arabic script on Fathi's walls and he painted the catering trucks too."

I asked Fathi if he had enough faith in Bush to post his bail. “I’d bail him out in a minute if he asked me” Fathi responded.

In any event I suspect the local media will make a big deal out of this incident where nobody was hurt or really threatened. Bush needs little time out way from his guns, not a jail cell. We can only hope Bush gets whatever help he needs and deserves.

As for the UCLA cops I must commend them for professionalism because they were able to bring a peaceful end to Bush’s emotional crisis. Bravo, UCLA PD. 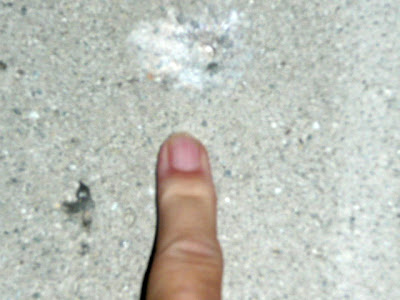 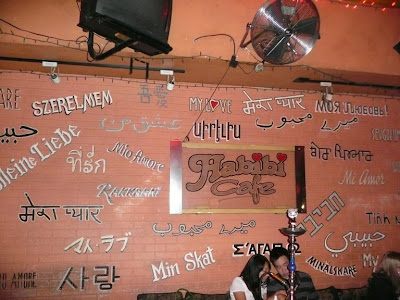 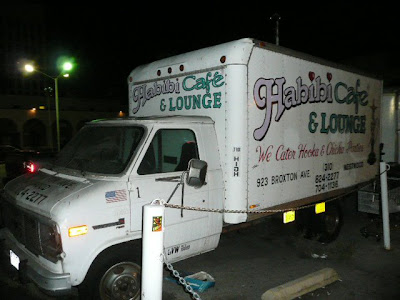