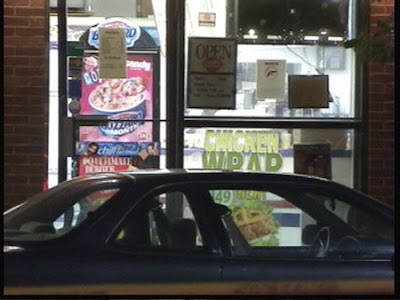 Columbus, OH—The owners of the North side, Dairy Queen located at Tamarack Circle South wanted to send their message with a sign prohibiting firearms to show just where they stood on gun rights.

The message was obviously not lost on a local armed robber who instantly saw that this was a safe place for him to rob. The cowardly gunman shot the manager, Jack Workman, 55 as he was giving him the money.

During the robbery an unidentified 16 year-old girl was pistol whipped by the dangerous thug who escaped with the proceeds from the cash register. The manager was very lucky to be transported to the hospital where he’s listed in stable condition rather than the morgue.

The sign just like the deeply flawed philosophy behind it failed as it always does. Gun Free Zones enable violent crimes rather than suppress them. It’s too bad that Jack Workman was not trained and armed so he could at least have a chance to defend himself.

Thanks go to the remarkable Professor John Lott who found this story.
Posted by Paul Huebl Crimefile News at 9/13/2008 01:06:00 PM

The anti-gun idiots will never learn. If this guy survives, I wonder if he will admit that his views have changed and he is now a believer in concealed carry.

stupid is, as stupid does

I doubt it, he'll blame the gun on his troubles and keep posting signs.

I've seen a few stick-on labels added to such signs in Phoenix saying,
"Attention Criminals. All patrons are defenseless for your convenience."

a Waffle House posted a sign at the door prohibiting firearms.

surprise of all surprises, they got robbed.

don't think anyone got hurt, but I think the sign disappeared shortly thereafter.