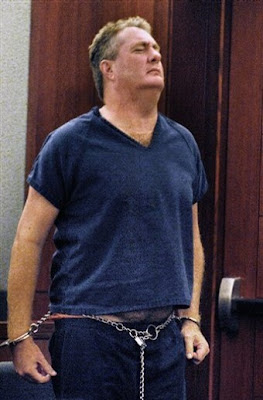 Las Vegas, NV—Some star struck prosecutors and cops want to take credit for putting O.J. Simpson behind bars. Instead of justice it’s about status and bragging rights. They want to brag that they could do what Los Angeles authorities couldn’t do, and that's convicting the former sports hero.

I say former sports hero because Simpson no longer has that special admiration. Today the public treats him with suspicion at best and many believe he somehow got away with double murder. Today and for always, Simpson is a kind of a dark celebrity, more famous for his perceived connection to a despicable and brutal crime than his outstanding achievements on the gridiron.

Now Simpson is on trial as a jury has to figure out just which group of thugs, thieves and liars robbed the other of Simpson’s personal memorabilia. The stories have changed despite sporadic surreptitious recordings by ringleader and convicted arsonist, Thomas Riccio. Riccio has profited by more than $200 K for arranging the entire event police and prosecutors are calling an armed robbery/kidnapping.

Prosecutors have used those tricks and tools defense attorneys will never have. One is the ability to buy whatever testimony they want through immunity and get out of jail free cards given to confessed criminals. The other is a trashy stunt they pulled with their own prosecution witness, Alfred Beardsley.

When prosecutors called sports memorabilia dealer, Beardsley as their witness he was in custody for a parole violation in California. They cleaned up Beardsley, dressed him in a suit for court and delivered him to the jury looking like any ordinary businessman. But when Simpson’s lawyer’s called for Beardsley as a defense witness a few days later he was brought into court wearing jail garb and chains. This was a cheap shot to say the least.

Simpson must sit as an all White jury passes judgment on him on this case that was only filed because he was O.J. Simpson. Simpson faces life in prison should he be convicted in a case where nobody was injured and the property taken was in fact Simpsons'. Will O.J. Simpson get a fair verdict in Sin City? The odds are against that happening.
Posted by Paul Huebl Crimefile News at 9/29/2008 07:45:00 PM

No ball players have ever been my "hero." My definition of a hero is better than that.

I haven't watched any form of sports since 1991.
I like spending my time with things that matter or than make a difference.
A Private Det

He was acquitted in the murder trial nor found innocent. I was an lapd cop at the time and knew he was guilty based on evidence and talks with one of the dets. And with one prosecutor. However since furman lied and det Vanhatter did worse; by taking a vial of Simpsons blood BACK to the crime scene. There's so much reasonable doubt you must aquitt. And it wasn't because the glove didn't fit.

Then in 1997 I was prilaged to know more re the civil trial that none of us or the public will ever know. He was guilty and the jury agreed they didn't even see the evidence I'm ref to.
That's why I don't get emotionally involved when the quilty are freed. Becuz one day God always sorts out.
And He's bigger than stupid little me.

And know OJ. May soon pay his consequences.

An example of a "Hero" is any of the Fallen Officers across this Country of ours. When there is trouble or gunfire, police officers run toward the trouble while others run the opposite direction. Be safe out there.

Father of a Fallen Chicago Officer