Why I Never Mourned The Demise of Court TV 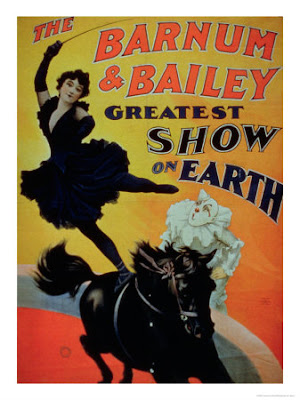 Court TV showed promise to open the veils of seeming secrecy of America’s courtrooms. Trials are public but seating is limited and the logistics of sitting in courtrooms is difficult or impossible for working Americans.

Court TV was there to save the day, at least in the several states that allow for broadcasting of their proceedings. Most states and the federal courts have declined the idea of TV coverage.

Court TV began with the gavel to gavel concept but that was not working because viewers became bored with most testimony. Court TV countered by turning the proceedings into pundit fueled gossip-fests. The liberal use of outspoken harpies to slant the video they did elect to show the public got out-of-control. Trials became sporting events even beyond Jerry Springer proportions.

No better example of televised legal horror existed than the Scott Peterson Murder Trial. I’m convinced he was convicted not by a fair trial but by Court TV, aided by a very TV camera- happy defense lawyer, Mark Geragos.

Peterson was convicted and sentenced to death without any proof whatsoever of the cause of Laci Peterson and her unborn child’s death. The Court TV harpies poisoned any chance of Peterson getting a fair trial.

Did Scott Peterson kill his wife? If we can’t say how Laci Peterson died, how can we possibly call it murder? It could have been murder. Scott Peterson was proven to be a cad, cheat, liar and heel, but not a murderer.

Now we have a new Internet broadcaster, he's former lawyer, Michael Bryant with his Legal Edge team who wants to broadcast the trials and give the gossip mongers a forum to exchange misinformation and worse.

I don’t have enough information about Legal Edge’s plans other than their announcement of covering the O.J. Simpson Robbery/Kidnapping trial in Las Vegas. Perhaps Bryant can arrange to broadcast the trial to the Casino sports-books where people can place bets of court rulings and then the final verdict?

Can’t we just get some dignified gavel to gavel coverage without creating new celebrity personalities along the way? Can we just see trials rather than getting an unwanted trip to the circus?
Posted by Paul Huebl Crimefile News at 8/14/2008 12:36:00 PM

Did Scott Peterson kill his wife? If we can’t say how Laci Peterson died, how can we possibly call it murder? It could have been murder. Scott Peterson was proven to be a cad, cheat, liar and heel, but not a murderer.

Actually there was more than enough evidence in the trial to prove Scott Peterson innocent - and to point to another person.

Most who believe Scott is guilty don't know what the evidence actually is and so misstate it. To save arguing it here, go look at
Guilty?
to see what the prosecution had - which was nonsense. Then look at
Innocent!
to see what the real circumstantial evidence in this case actually proved.
18 items of evidence for fetal abduction.
Zero for uxoricide.
However the jury never seriously contemplated the evidence - they were ready from day one to rubber stamp the media version of events.