Stand By For Hillary’s Coup d'Etat!!! 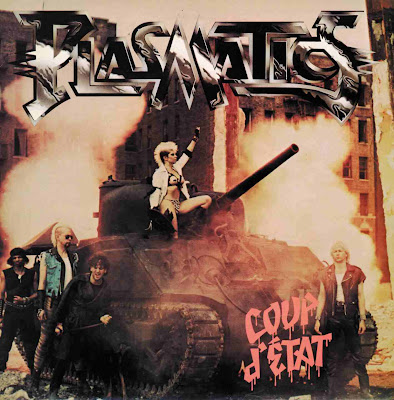 Denver, CO-- The tanks will rumble on the floor of the convention center in the middle of a rambling speech by presumed presidential nominee Barak Obama. Hillary Clinton and her legions will take over and depose the first Black Presidential candidate in this country’s history.

Unlike the convention of exactly 40 years earlier the combat will inside the onvention itself. The sides of the battle will be easily identified by simple race.

The outcome will be simple; the Democratic Party will be racially divided. Whoever loses this skirmish will bring their votes to John McCain.

The Democratic Party in America will have self-destructed and sent to pasture. I say, let those tanks roll baby!
Posted by Paul Huebl Crimefile News at 8/07/2008 11:24:00 AM

One small problem: The Republican nominee is completely brain-dead.

He was in Iowa the other day and came out forcefully AGAINST Ethanol from corn and the recent Federal Farm Program in a state that has seen farms from one end to the other devastated by flooding.

He's all for illegal immigrants, but nothing for farmers under duress. F*%K Him.

All The Best, (to everyone but McCain)
Frank W. James

I have to agree with McCain on the ethanol issue. Wasting so much corn and soybeans to produce so little fuel is driving food prices up worldwide. This alternative fuel source should be abandoned, and we should look elsewhere.