The Politics of Hurricanes 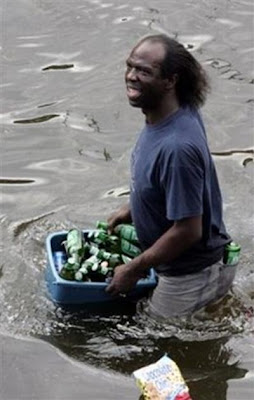 New Orleans--It was three years ago when Katrina hit Hew Orleans. The Federal Government sent billions to local Democratic politicians and their chosen contractors who quick squandered or stole the money.

At first officials locked up their poor in the Superdome and convention center. The wanton vandalism to these structures by the inhabitants exceeded anything the hurricane could do.

New Orleans soon sent their refugees to cities like Houston where they were put up indefinitely in profitable and clean hotels on government funds. Before it was over these hotels were destroyed through intentional vandalism and theft.

The crime rates of those hosting cities went off the charts as a result of the Katrina refugee’s savage behavior and the bodies were stacked high from the murders.

Here we go again, thousands of Gustav refugees are arriving in the same cities as we speak.

The only advice I’d offer is for the host citiies population's it to keep their guns handy, they’ll certainly need them.

Mayor Ray Nagin gave a giant green light to his criminals when he had his police and those from other states disarm and leave law-abiding citizens defenseless.

If New Orleans is destroyed again I say let it stay that way. Nagin and his bunch don’t need another opportunity to raid the treasury.
Posted by Paul Huebl Crimefile News at 8/31/2008 04:18:00 PM

New Orleans is a cess pool.Let mother nature do its thing and erase that festering boil.