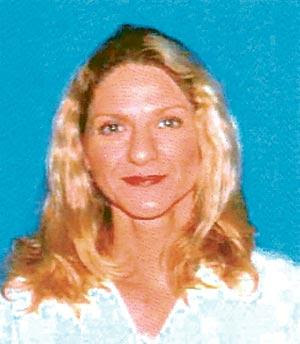 Prosecutors asked that bail for Fayed be denied because of issues surrounding Pamela Fayed’s murder and alleged earlier death threats made to her by her husband.

Assistant U.S. Atty. Mark R. Aveis revealed that Pamela Fayed was murdered when she came to Century City to meet with her husband and their lawyers to resolve numerous legal issues with their businesses.

Aveis said the vehicle used to commit the murder was rented with James Fayed’s credit card. Video surveillance cameras captured the vehicle license plates, which was registered to an Avis car rental office in Ventura County. The credit card itself was found in Fayed’s wallet when he was arrested.

Also seized during the search was $3 million in gold bullion, $60,000.00 in currency and 25 of what the prosecutor called, “assault rifles” with thousands of rounds of ammunition. (Update: In a document filed August 6 the government revealed there were 31 firearms discovered and not seized as they were lawfully possessed.)

Aveis called Fayed’s gold business a Ponzi scheme. As much as $20 million dollars has been invested by people. The allegation casts doubts that those investors will be repaid.

Aveis Called James Fayed a suspect in the “murder for hire” of Pamela Fayed.

At this hour the hearing is still going on and the Magistrate has not yet set bail or conditions.

If Fayed was convicted in this single charge he would only face a maximum offive years in prison.

Update! The Bail Hearing concluded with bail set at $500,000.00. According to the U.S. Attorney’s spokesman, Thom Mrozek, prosecutors plan to appeal the magistrate’s order and Fayed will remain in custody at the Metropolitan Detention Facility until a hearing to be held on Wednesday.

Updated! Click here for the very latest information on this investigation
Posted by Paul Huebl Crimefile News at 8/04/2008 06:12:00 PM

If you are going to go to this extent to end someones life and risk loosing your liberty why in the world are you going to use your credit card and rent get-away vehicle from an office near you? You sure someone hasn't set him up? Because I have a hard time believing a man smart enough to make that kinda money and run that kinda business is that sloopy and stupid.

Believe it....I know them she was the smart one- he and his brother are studip and sloppy!