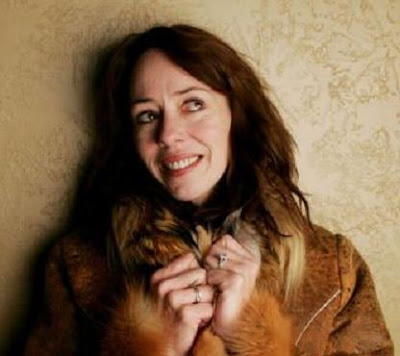 Los Angeles—Former child star Mackenzie Phillips of One Day at a Time was arrested today at the Los Angeles International Airport. This after the TSA weenies found balloons and baggies that contained suspected heroin and cocaine in her carryon baggage.

The TSA called the LAX police who made the arrest at Terminal 4 this morning. I’d argue that Phillips has the right not to be searched for more than weapons or explosives but today’s courts just don’t care about American's rights under the Fourth Amendment.

As for Phillips, She has been a drug addict for at least three decades and destroyed what may have been an otherwise great life. It’s her life to destroy and all the drug laws in the world did not prevent her from her self-imposed slow suicide.

Phillips stands as an example of our failed drug laws. There is absolutely no benefit to prosecuting her for society. Her use and possession of those drugs is nothing more than vile self-abuse that will continue until she dies.

How much money will we waste putting this wretch through the criminal justice system and how will this be a better world as a result?

How about simple treatment for those drug addicts that want it? Forced treatment almost never works. 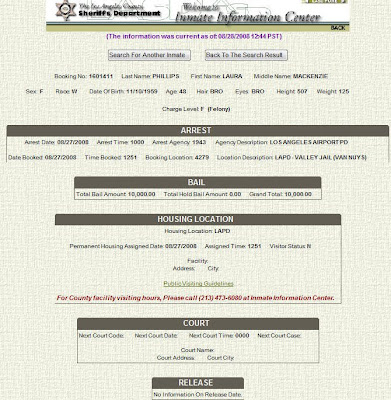 I agree with you on this issue. The "War on Drugs" has failed miserably since it was first declared. Millions of our tax dollars have been wasted trying to rid society of illegal drugs to no avail. Our jails and prisons are packed with drug offenders, putting an added burden on an already overwhelmed system. It's time we woke up and decriminalized drug use and provide treatment for those who want it instead of jail.