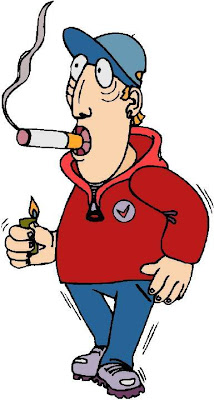 Los Angeles—Is this about Freedom and Liberty for smokers or a continuing legalized assault on non-smokers? That’s the question they will be debating at the L.A. City Council.

Let me say first of all I don’t smoke and cherish freedom. More than anything I cherish the right to breathe clean air. I’ve been assaulted all my life by rude and obnoxious smokers.

My own mother was the first with her miserable 2 ½ pack a day habit. Basic Training in the U.S. Army was nearly unbearable with the nicotine addicted making me live in a vile tobacco smoke cloud. It was bad enough to be drafted but to suffer smoke inhalation every day was too big a sacrifice.

I was assigned as a medical corpsman and was spared the tobacco gauntlet in the medical facilities that became my oasis.

Still I have to suffer. When the smoke pots leave every airport they have to stop and get their fix as soon as they are outside. On busy streets the inconsiderate jerks light up and if I’m walking behind then I suffer again. I’d love to whack these bums with a club in return.

Smokers need to keep their disgusting poison to themselves.

I should have the ability to sue the tobacco companies for a lifetime of discomfort and whatever portion of my life that was shortened by this disgusting weed.

I’m not asking anyone to ban tobacco. I just demand the addicted don’t victimize me as they poison themselves.
Posted by Paul Huebl Crimefile News at 8/07/2008 11:35:00 PM

Let us create one more regulatory offense. 2.3 Million behind bars is not enough. Buy stock in private prisons. This will be a growth "industry."

If the people, our government really cared about smoking then, our government would ban smoking in all the branches of the military. This would not only save lives but would free up the untold time the doctors spend on the cancer patients in the VA hospitals.