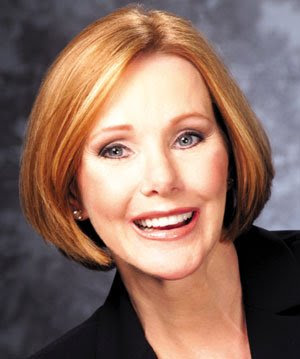 Los Angeles—Every TV or print news organization in America is fighting for survival as the readers and audience has evaporated. The only viewers or readers left are those older folks who have steadfastly shunned computers and the Internet.

What’s interesting here is the once desired demographics of people between 18 and 35 have fled from TV news for good. These are the people that spend money to buy the products advertisers want to sell.

Today the demographics watching have shifted to the oldsters. Today’s advertisers have shifted too, selling prescription drugs, reverse mortgages, denture adhesives and of course Viagra.

Many older TV news viewers feel threatened as they watch the older trusted reporters and anchors disappearing from their positions. The push is on to hire youth in a desperate attempt to save money and lure younger viewers back to television. Along with the shift to youth they are short-staffing newsrooms everywhere. Soon they will lose the only viewers they had.

The quality of local and national news delivery has been dropping like a rock. The journeymen have been replaced by green news apprentices barely over their interning days. The blind are leading the blind and it’s a formula for suicide.

KTLA-TV is at the battlefront of the war on aging as new ownership and management has handed out pink slips to anyone deemed too mature. Last month they axed reporters Willa Sandmeyer, Walter Richards, Bill Smith and Janet Choi, along with news manager Gerry Ruben, long-time Executive Producer Joe Russin, Executive Editor of Planning, John Hensley, Morning News Executive Producer.

Today I learned Marta Waller’s contract won’t be renewed when it expires in October. Waller has given 24 great years to KTLA’s viewers. Waller is an attractive woman with a great broadcast voice and needed credibility. Waller has been an anchor, medical reporters and covered important criminal trials. Just what was Waller’s crime? Waller aged into the station’s current viewer demographics.

I guess KTLA’s new owner has no fear of age discrimination lawsuits. I suspect they’re about to suffer an avalanche of litigation as they have eliminated every producer or reporter they could over 45 years of age. Whatever KTLA will save on salaries will defiantly be paid out in legal fees defending against age bias claims.
Posted by Paul Huebl Crimefile News at 8/14/2008 07:01:00 PM

CHICAGO:
ABC- WLS T.V news reporter, Charles Thomas, doing a piece on MURDERED Detective SOTO put on the most VILE, disgusting expose' on this investigation on his newscast last night.
He put a MUTTTTT on who stated that detectives were "covering up" incidents on this murder
F&%*k Channel 7 NEWS

"Many older TV news viewers feel threatened as they watch the older trusted reporters and anchors disappearing from their positions."

Huh? I'm an older TV news viewer, at least some of the time. (I.e. I view TV news sometimes; of course I'm always old.) I sure don't feel "threatened" when a reporter or anchor disappears, perhaps because they weren't trusted, just comfortable.

They read the news someone else has gathered, or maybe they stand in front of a site minutes or hours after an event occured, and recite whatever "news" is fed to them by whichever sources they felt comfortable approaching.

Sure, it's nice to see a familiar face, but I'd just as soon see a young attractive one.

I know first hand that it's tough to scramble for a job when you're old. But older and discarded TV "personalities," as the "talent" is called, should focus on corporate PR positions.

Times change and, if you don't change with them, you'll be left behind.
I know. I'm in the software sector and when the dot.com went dot.bust, I got left behind. I had a tough couple of years, chose to polish what I do and fit that, albeit at a lower salary with a lot more travel, into the new market.
One good sign of impending demise is if you are comfortable in your job. Comfort = danger.
The news market is like any other. The old, weak and diseased get picked off by the scavengers.
To the news anchors: pay attention to the direction the herd is taking because, if you don't, you're gonna get "harvested".
You bet your life.