Crimefile’s Person Of Interest In The Century City Goldfinger Murder 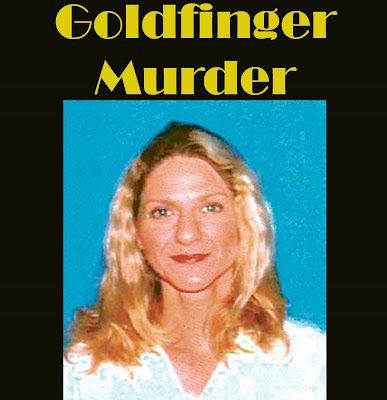 Century City, CA—He’s close as you can get to James Fayed. He was already a wanted criminal and an ex-convict before the murder. He’s not been located or interviewed by the LAPD. Most importantly Pamela Fayed sought protection by way of a restraining order from this subject.

He’s 53 year-old Anthony Paul Fayed, brother of James Fayed. The LAPD does not want Anthony Fayed to know he’s the subject of a manhunt. The obvious fear is he will go even further underground. 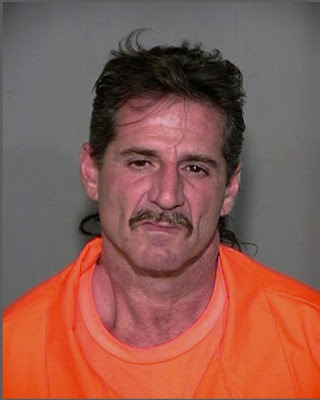 Between the Avis car rental agreement, surveillance video and other leads it’s clear to me police want Anthony Fayed inside their interrogation confessional suite in a big way.

I suspect they will find Fayed in the Phoenix area or even in the United Kingdom. The big unanswered question is did James Fayed who has a solid alibi put his brother up to this deed or if he did it, did he do it on his own? Both brothers had a clear motive to collaborate in eliminating Pamela Fayed from their lives.

Anthony Fayed won’t be on the lam long because he can’t seem to avoid police on even the small stuff. He’s got a drug problem to boot.

Should Anthony Fayed quickly get a decent lawyer he could easily carve out an immunity deal to testify against his very own brother. One thing for sure is this horrible murder may well land someone on Death Row.

Did Anthony Fayed wield the knife that slashed and stabbed his sister-in-law to death? I don’t know that answer but I can’t think of a better person to talk to. Does anybody out there know where he is? If so please share that with me.

Updated! Click here for the very latest information on this investigation
Posted by Paul Huebl Crimefile News at 8/08/2008 09:00:00 AM

This blog has more information than any other source on the Century City Goldfinger stabbing murder. Please keep the information coming.

Anthony Fayed was involved in this murder one way or another. Blood runs very thick in this family of thieves. They are from Maryland and owned a electrical company; until they started ripping people off in Maryland. Anthony Moved to Arizona in 1990 and his baby brother moved to CA in approx 1992. Anthony went to prison cause he couldnt keep his hands to himself and stole anything that wasnt nailed down, this guy is a pathological liar & thief. he 's also a cross dressing freak...ask his prison buddies. He has no real affliation w/ the AB, thats just something he made up to make himself look more dangerous then he really is. he has a disgusting big mouth and thats about it- PUNK! Maybe in prison next time around someone should tell the AB that this Lebonese/ american has been lieing telling everyone he is "in" with the AB...they prolly wouldnt like it to much, being he of middle eastern blood...and NOT related to the famouse FAYEDS, thats another one if his lies. Check this link out- it's for the Maryland Court System records http://casesearch.courts.state.md.us/inquiry/inquiry-index.jsp check the box then put this jerks last name, then first name and there ya go. His baby brother is there too.