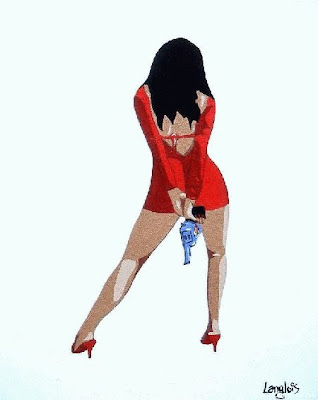 Chicago—If you own an unregistered handgun, today you’re safe. If you don’t have a Firearm Owner’s Identification Card now there’s no need to worry. As long as you’re not prohibited by any other law to own firearms you will escape being convicted of anything.

There are serious issues of FIOD card applications disclosing two incriminating things. One is that you reside within the City limits of Chicago and two that you probably own a gun in violation of the city gun ban.

The state FIOD process violates Chicago handgun owner’s rights against self-incrimination. Of course you were prohibited from registering a handgun by that unconstitutional city gun ban.

As long as you live in Chicago under current laws you need not have an FIOD or worry about the gun ban.

If Chicago by a new law demands and does not block your registration of handguns you will then have to get that FIOD card and register your gun with the city for sure.

Lots of people will escape prosecution until the City of Chicago follows the law of the land.

If you find yourself arrested be sure to remind your lawyer about the Heller case and ask him to sue the City for violating your civil rights so you can make some money.
Posted by Paul Huebl Crimefile News at 8/02/2008 11:19:00 AM

I don't understand the issue with FOID in Chicago. Just because someone applies for a FOID card thru the state doesn't necessarily imply that they actually own a firearm. Perhaps they wanted one so that they could go to a range and shoot a friends pistol. How would applying for FOID have anything to do with self incrimination?

Giving the government information that you live in the city of Chicago and are asking the state for permission to OWN firearms is indeed incriminating if a city law does not allow you to possess them.

What about shotguns and rifles?