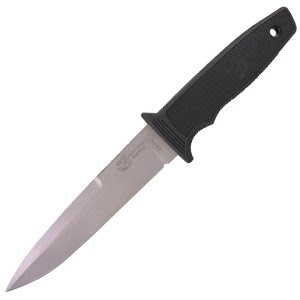 Century City, CA.--Tomorrow morning a U.S. District Court Magistrate is going to have no choice but to release James Fayed on bail. Fayed is in the Ventura County Jail in connection with the about to be unsealed Indictment related to securities sale violations involving Goldfinger Coin and Bullion Sales or a second Internet business, e-Bullion.

This prosecution was rushed because police are convinced that Fayed either murdered his wife Pamela Fayed or orchestrated the crime. There is little doubt that James Fayed had the motive, means and opportunity to kill his wife. The LAPD detectives need time to analyze the mountains of data and evidence they’ve seized while serving search warrants. I’m convinced that evidence of any accomplices to the crime will or has already been found in the seized material.

If any accomplices have a brain they will run at once to a good lawyer, and have that lawyer get them immunity from prosecution in exchange for their testimony. Prosecutors would not hesitate in giving any actual killer a free ride in order to get a ringleader should that be the case.

As for James Fayed, he like so many people has passports issued by two or even several countries. If he only is required to surrender one passport he could flee the country using another. Hopefully any all passports issued to James Fayed were found and seized during the searches conducted by the FBI. One thing is certain James Fayed will be released unless or until police have probable cause to charge him with murder.

Updated! Click here for the very latest information on this investigation
Posted by Paul Huebl Crimefile News at 8/03/2008 08:46:00 AM

I know them all except Pamela Fayed. I new James and I was married to Anthony for only 2 years, I soon learned he was not quite right. Plus the drugs and all the deep hate for anyone who wasnt of white descent, when he’s lebanese; claims to be Itailian(with a name like Fayed??, who’s he kidding?) Does the AB know he claims to be close to him?? I am sure they wouldnt be happy. Related to the Fayeds of Harrods- WOW thats just plain Redickulous. I have known the family they are from Maryland and they owned a electrical company and ripped soooo many people off before moving out west. He threated to dig my grave and put me in it.. I waisted no time in leaving Arizona that very day. I knew he meant it! I have had NO contact w/ him since. It would not surprise me if Tony was involved in this murder. He is capaible and willing just for the thrill- I have heard him say he would love to kill someone just to know how it felt. look the following website up and see foryour self- http://casesearch.courts.state.md.us/inquiry/inquiry-index.jsp look up fayed (last name only, it brings all the dirt up!) Lucky for me I got out when I did or this could have been me. I have been married to Police Officer for 10 years now and have 3 wonderful children.