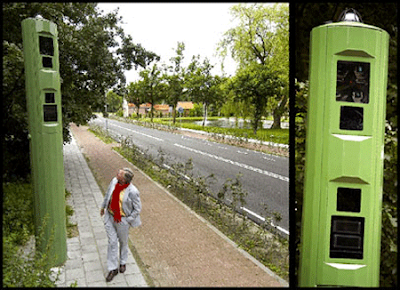 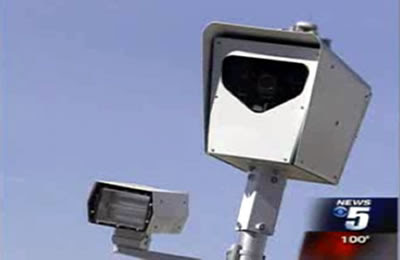 The vast majority of the sheep caught simply sent in their money. No cops or follow-up investigation on impairment or for outstanding warrants. Just an extortion letter from a local government agency in the mail to add on to everything else during difficult times.

Soon robot extortion traffic enforcement caught on everywhere. Cameras were put up in locations ideal for revenue gathering rather than traffic safety issues. The narcotic of revenue for politicians to steal, waste or give to friends has proven to be more addictive than heroin. Needless to say the vendors that install and maintain the equipment are very generous with their donations to political campaigns.

The troubled Illinois Governor, Rod Blagojevich who is the target of various corruption investigations involving extortion is at the forefront of this plague proposing to put camera speed traps up everywhere on state highways. He suggested that the funds go to crime fighting efforts. Yeah right!

This government by confiscation crap is also underway where Arizona's Democratic Governor Janet Napolitano is planting the extortion cameras as fast as she can along every highway.

May I be the first to suggest that the extortion cameras will make great long range targets for patriotic and skilled riflemen everywhere? If that does not slow down the problem perhaps it’s time to take aim at the extortionists themselves.
Posted by Paul Huebl Crimefile News at 8/07/2008 02:28:00 PM

Maybe Blago can use the money to defend himself in the upcoming (I'm sure) trial that the Feds are going to nail his ass to the wall so he can go meet X Gov. Ryan and be his celly. Screw this little piece of crap. This will be # 4 gov. from Illinois that's gone to the joint.

MUCH more fun. Build a radar 'calibrator' - a simple electronic device that beams out any 'speed' you select. Sit quietly somewhere with it in a satchel and trigger it for every vehicle that goes by - at 120 mph. Wait till a judge looks at those tickets!

I do not advocate the shooting of petty/bureaucratic functionaries.
But, I have no problem with cameras that invade my privacy. I may have to make a trip to Illinois for open season on these.

there's a website called "scottsdale sucks" the guy that runs the blog has been bitching about all the cameras around Phoenix for awhile now. Interesting blog too.

Now y'all know what we have to put up with in the UK. Some years ago a guy got really pissed off because his suicide plan didn't work because he was saved by one of the cameras in the town centre.