Media News Filtering For What Agenda? 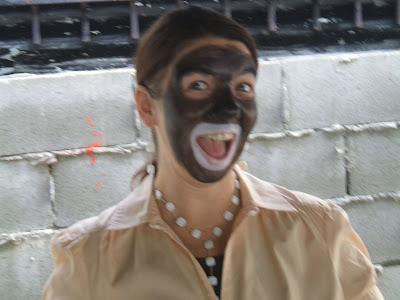 Chicago--A woman is robbed and shot outside a trendy restaurant while waiting for her boyfriend to pick her up. The police take the report and as always publically list the suspects' three easiest identifiers, sex, race and age.

This is done so that people that don’t possess these identifying characteristics can quickly be eliminated from suspicion. Broadcasting descriptions does help police solve crimes.

The media more often than not will list anything but race as they use their mass communication to hinder rather than help any search for suspects. Why do they even bother giving and description at all?

One only needs to look at the racial population of their jail and prisons to know that violent crime is most often a product from minorities. I guess the media feels Americans are unworthy of knowing the truth.
Posted by Paul Huebl Crimefile News at 7/19/2008 06:55:00 AM

She is kinda cute,may we see the rest of her?