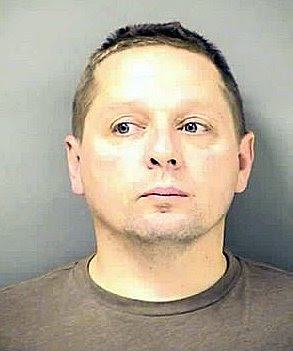 Bollingbrook, IL--I received a comment from one of the Illinois State Police self described informants, Len Wawczak. Wawczak claimed that he and his wife used Illinois State Police eavesdropping equipment during a seven month period to somehow implicate, retired Bolingbrook police sergeant Drew Peterson in the mysterious disappearance of his fourth wife Stacy Peterson.

For obvious reasons I can’t reprint his remarks for the libelous statements and gratuitous profanity contained in the response.

Here is an excerpt from his comment where Wawczak defends his Bankruptcy with an explanation that is in no way supported in the official court records.

Here is the excerpt:
“I would like to talk about the bankruptcy for a few though , if anyone knows anything about filing bankruptcy then you would know that my case was filed May 11th 2004 and dismissed July 14th 2004 ( 2 months later ) that's not even long enough to do a chapter 13 which by the way is a pay-back plan ( so I had plans on paying everyone back ) and not chapter 7 where the creditors get nothing . At any rate the case was DISMISSED two months later because I had worked out a deal with the creditors on my own and seen no reason for me to pay a court appointed trustee extra money every month to do what I could do on my own . The reason I was so in debt is because my mother had come to live with me and she was very sick ( I didn't want to send her to a nursing home , the thought of that made me feel horrible ), we had home hospice coming in a few times a week and her doctors worked with us as well . We took care of my mother in my home for years and as you all know insurance company's don't pay everything, so between that and my mothers prescriptions it just ate me up money wise ( money in the bank - gone - refinanced the house 2 times , etc ) will I deny that I filed bankruptcy 1 time ? No I wont , I chose to do the right thing which was take care of my mother in her last stages of life so if this makes me a terrible person then I guess I am .”

Here are additional documents that should set the record and Mr. Wawczak’s personal credibility straight.

Paul, he can play Roman Polanski when they make his life's story.
I wonder which actress will play the 13 year old?