Driving Drew Peterson Into The Confessional 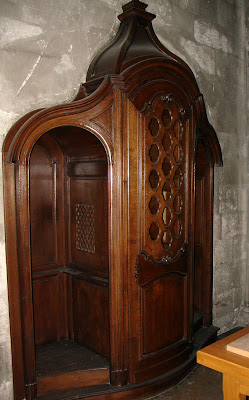 The Illinois State Police have the task of unraveling that mystery. With a lack of viable suspects Drew Peterson himself is their only hope to solve this case. That is of course only if he’s nefariously involved.

The ISP has slowly run out of options on this case. Their best hope was by the employment of two friends of Peterson willing to sell him out. That program failed as the two spies made a clumsy effort to out, themselves so book publishers and such would call. The spilled their guts to the Chicago Sun Times. The real problem is they have nothing to sell. No smoking guns or bodies were uncovered.

There is a new tool for the police and that is the Internet. There are a bunch of forums or blogs that operate like forums dedicated to the effort to find Stacy Peterson. For the most part these sites are visited by those people with too much time on their hands. They float theories back and forth loaded with misinformation thinking they are somehow helpful to the cause.

I have interacted with some of these people who follow several cases that I write about. For the most part they seem to be lonely introverts that don’t communicate like normal people.

These amateur detectives are emotionally wrapped up in these cases and they want the blood of every suspect. Their heroes are lawyers like Nancy Grace, Lisa Bloom and Wendy Murphy. To say I detest these pathetic women is an understatement. They make their living by subverting the criminal justice system.

The ISP and prosecutors love these forums because there is a cat and mouse game to be played. They know the suspects will visit these sites looking for information. The cats can cause the mice to believe that the jig is up and all the secrets are out.

The latest effort seems to surround planted stories that Peterson’s arrest is imminent. Perhaps this will drive Peterson to try and cut a deal by revealing the location of Stacy Peterson’s body for the most palatable punishment possible.

The plan is a simple one, drive Peterson straight into the police confessional and let him get it off his chest. The ISP knows every keystroke Peterson makes on his computer and can play on his weaknesses and emotions. I’m betting this effort will fail too.

If Peterson has murdered anyone, his information may well be taken to the grave with him when he dies someday. If Peterson is innocent, he has been tortured enough.

Peterson deserves the presumption of innocence up to when a jury of his peers says different.
Posted by Paul Huebl Crimefile News at 7/24/2008 05:16:00 PM

Why give away are secrets to killers? Maybe Peterson falls for the gag and the case gets solved.

Question: WHO found out about the Peterson/Brosky "Stacy killed Kathleen" book deal, and exposed the links/transcripts to LE and the public at large?

Question: WHO asked Brodsky so many questions that he, sucking up his fame and to his "fans", attempted to cleverly NOT directly answer, knowing that it was just a pathetic last ditch effort to try and cover his client's ass- only to have those semi-public answers bite HIM in the ass because what he said not ONLY *contradicted* the KNOWN facts, but also his current answers?

Best better move out and on, Pilgrim...

Their heroes are lawyers like Nancy Grace, Lisa Bloom and Wendy Murphy. To say I detest these pathetic women is an understatement. They make their living by subverting the criminal justice system.

I used to think The Furies were mythological creatures. Unfortunately we are afflicted with many more than three and none are possessed of the skills that would let them determine actual guilt from mere accusation. Instead they vent their rage on all, the innocent and the guilty.

I have to say .. I am one those PATHETIC women (I even have cats) and I find your writings enormously *Fahhhhbulous*, darling! I read, I wept, I laughed, I wept again and then I think I just collapsed on my cold wooden floor, covered in tears AND cats.

Old cat lady with too much time on her hands (sometimes)