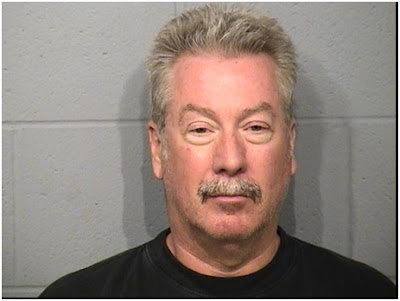 *EXCLUSIVE* Bolingbrook, IL—Drew Peterson stands charged with a firearm law felony in connection to a personally owned SWAT duty rifle. The Illinois State Police claim the weapon’s barrel is 3/8 of an inch too short of 16 inches required for civilian ownership. Federal law provides an exemption for such weapons for sworn police officers but the authorities seem to have forgotten or chose to ignore that this rifle was Peterson's departmentally authorized SWAT weapon.

Allegations are always cheap but making them stand the test of the courtroom is another matter. Retired Bolingbrook police sergeant Drew Peterson’s lawyer, Joel Brodsky did his homework and subpoenaed various records. Once the records were produced sure enough it’s clear that Peterson was in fact authorized to use the weapon and that he qualified with it.

The judge has already taken Brodsky’s Motion to Dismiss under advisement but now the Motion may be supplemented with the newly discovered document. It will be a real head turner to see just what the prosecutor’s response will be.

Bolingbrook police chief a message to sent to Greta Van Sustren’s On The Record show and here is a transcript:
VAN SUSTEREN: We asked Bolingbrook police chief Ray McGurry for clarification about the gun charge against Sergeant Peterson. Chief McGurry sent us this statement. "We believe Drew Peterson purchased that weapon, an AR-15, from a third party. Drew Peterson was not authorized to carry that weapon and it is not registered with the Bolingbrook Police Department. No police officer is authorized to carry such a weapon. However, a SWAT team member is, but that weapon must be brought in and inspected by our firearms expert to make sure it doesn't violate any state or federal laws. The serial number must be recorded, and they must pass a qualifications test. Mr. Peterson did none of these. Because it was altered, this weapon is a clear violation of any regulations, and Mr. Peterson was not authorized to carry that weapon. I challenge Mr. Brodsky to subpoena our records, as he has threatened to do. He will find no record of this weapon."

In addition I have always maintained that the State Police must have measured the rifle wrong and gave erroneous information to prosecutors that the rifle’s barrel was 3/8 of an inch too short. At some point the rifle will be remeasured and the truth will also be revealed there too.

Instead of wasting time with red herrings perhaps now the state police will spend more time looking for Stacy Peterson.

You can read and download the documents that show Peterson’s approved SWAT rifle, right here:

That only proves he had an AR-15 rifle but there is no serial number.

He needs to prove it's the same gun.

I never cease to be amazed how dumb people are in this country.
This is a criminal case and a defendant need not prove anything at all. It’s the government that must now prove that’s not the same gun.

Considering the fact that there are also photographs of an on duty Drew Peterson with the gun the government will never meet their responsibility to prove it’s not the same gun.

This gun case is over now. I will publish the final judge’s Order and or Minute Entry on this blog as soon as I have it.

I'll bet my bottome dollar that Drews gun had a brazed on flash hider and "they" took it off to make it a SBR.The released photo isnt that good but appears to support my theory.

Hey Paul,
Coppers in Chicagoland are being railroaded everyday for everything under the sun,supported by the media and the sheeple. This is just par for the course,we need change and Obama isn't it.

You have no idea how bad things are going to get here,the Obama '08riots will make '68 look like child's play.

Things are building to a climax and nobody seems to care.

Drew and his attorney are going to cornhole ISP and BBPD.