Death By Hanging--For A victimless Crime 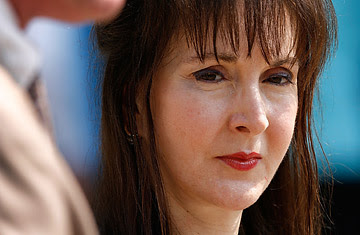 America has waged a long and sordid war against gambling, pornography, prostitution and drugs.

Of course we had a very bloody war against alcohol too. Vice brings the scorn of religious folks that want us all to live Christ-like. I don’t see anything wrong with being Christ-like, but for our government’s demand that we follow religious ideals.

Vice crimes are a victimless classification of offenses that have purely religious origins.

Sometimes people are kidnapped to work as sex slaves and that is absolutely a concern of any government. That’s not a valid excuse for government to try and regulate anyone’s sex life. There are lots of valid laws that regulate kidnapping.

Today Deborah Jeane Palfrey, known as the "D.C. Madam," hanged herself rather that deal with a 55 year prison term she faced for hurting nobody. I find the penalties themselves shocking and the suicide revolting. I cannot see a lengthy prison term as somehow a better option than death.

Presently the United States has more people in prison per capita than any other country. Why do we throw good money after bad destroying lives over petty vice crimes? I don’t think that’s what Christ ever intended.
Posted by Paul Huebl Crimefile News at 5/01/2008 02:37:00 PM

she hanged herself becaase she finally realized she did create many vicitms. behind her deranged pervertness

Paul respectfully to you. I dont belive her crimes were victimless. more here.

Well maybe there's some sort of crime, but there is no way that woman deserved 55 years or any jail at all. There was no evidence
she was pimping underage girls.
Truth is , she was catering to a need. Another ugly truth is that healthy men love sex and lots of it; therefore will go to any means to get it.
Every civilized country has legalized prostitution. And these are countries that are suppose to be more progressive that us. Holland ring a bell?
55 years and she didnt kill anyone
(or abort a fetus); go screw yourselves. Paul's right on this one!
Like every young man that joins an elite combat unit: he's a big boy and knows that he could die on a parachute jump or captured/tortured
/killed behind enemy lines; those women chose to do their services for the money and volunteered also!

Our prisons are overcrowded because we load them up with non-violent drug offenders and people like this woman, who ran a high priced call girl service. Big deal. Since our prisons are busting at the seams, we need to empty them of those inmates who pose no danger to society and use the extra cells to lock up those predators among us who kill, rape, and maim innocent people every day. We are shortening their sentences due to prison overcrowding and as soon as they get back on the streets, they end up victimizing innocent people all over again. Use our prisons solely to keep anti-social criminals away from society. Anything else is a waste of taxpayer money.