Why Politicians Need So Much Protection In Today’s America 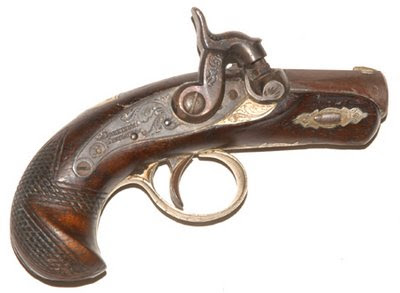 Being an American President is a very dangerous job. The likelihood of being shot while holding office is higher than ten percent. But for a single attack on the House of Representatives Puerto Rican separatists our presidents by and politicians have only suffered assaults by a few disenfranchised or mentally ill Americans.

Today’s politicians are very afraid of the American people as they have stepped up their personal security and insisted anyone allowed near them be searched like criminals. The politicians most concerned are the ones with their hands in their fellow American’s pockets as they regulate them to death. With each intrusion into our lives another layer of politician security is put in place.

There must come a time when politicians forfeit their lives for stealing American’s freedom, liberty and money. American politicians are clueless about the ability, ingenuity and resources of the population they victimize. Politicians seem to forget that the Americans who make the vary weapons they use to make war can redirect their efforts on traitors.

The three current top Presidential contenders are a Black man that embraces and supports a church run by an anti-American hatemonger, a corrupt former First Lady and a pretend Conservative that votes most often with the other two would be Presidents in the Senate. All three candidates have demanded we give away our educational, medical assets and jobs to illegal aliens. No matter which one of these sorry politicians wins this time Americans will lose.

Perhaps the young American Experiment has ended as America embraces the failed ideals of Karl Marx. We can’t continue to run on corruption, greed and printed money backed by nothing at all.

It appears America may be on the verge of a great depression. I don’t expect our population to withstand an interruption in their food or gasoline supply for very long. That’s especially true of the millions currently receiving government assistance.

Perhaps the best course of action for worried politicians is to embrace the idea of returning liberty and stay out of our pockets. Our founding fathers were really bright fellows.
Posted by Paul Huebl Crimefile News at 4/02/2008 11:28:00 AM

Wow, ballsy post there Paul! I agree in spirit w/some of your beliefs, but: unless were willing to "vaporize" our habitual undesireables, like a certain paperhanger tried to do years back,
there's not to much ANY politician
is going to be able to do. As I recall, up till the 50s, we executed habitual thugs for less than murder. To me, the moral breakdown in this country starts w/
women's right to kill a fetus, but then were unable to pull the switch
on murderers.Or let homeowners kill
an intruder!
I agree, that the elected ones are stealing way too much. Whats going to make me take up arms is if they ever try to sandbag me for defending myself on my property.
Or a search of my house just for the ownership of firearms: at that point, dying in a gun battle wont matter, because this aint the USA
anymore.
Im giving the WAR VET the vote; I believe he's voted lefty out of necessity; I also believe the courage he showed in captivity(and while flying) will prevail...

Here's the part that so few seem to understand: eliminate one politician, and you get an endless supply of ambitious types willing to take his place that are just as bad or worse. Ultimately, nothing changes. In fact, American politics hasn't changed much since FDR's day, and many would say it wasn't all that different before that.

It would be nice if politicians were held accountable with their lives for treason, passing Unconstitutional laws, and other related crimes... but try and get them to pass that kind of law! It's the fox guarding the hen house.

Forgetting that basic fact that politicians are more often than not a reflection of who we are as We The People over the last few generations, the system of political selection is one that weeds out all but the most amitious and power-hungry.

To whit, my summation of the presidential hopefuls:

Obama BinLaden.... an ex-drug addict. I've never met anyone who was ever into drugs that could be trusted.

Our Lady of the White Water: the single most ambitious and perfidious person in politics today. Sorry, we don't need Bubba in orifice again.

McCain: The Manchurian Candidate... only this time we don't have Frank Sinatra to save us.

Assuming the USA could be "fixed" (I personally think it can't - like Rome, I feel we have run our course and are now on the big downslide) it would take a massive rapid change in the way we do business as a nation (i.e. a return to Constitutional government - I figure we will sooner see pigs fly) and a complete scrapping of education as we know it. (i.e. no more public schools unconditionally funded to the max and no more unions that defend a broken system in the socialist tradition)

We will also have to completely abandon a few generations of non-productive folks who leech off the system and give nothing but liabilities in return. Therein lies the rub; the general population has been conditioned to become a bunch of collectivist dip-shits and I don't see them voting themselves out of existence any time too soon. Those people long ago figured out that they could vote themselves something out of the public coffers, and the politicians recognized it keeps them in power long before you and I were born.

So what we have is a land of ne'er-do-wells and Nazis. Each group cannot exist without the other, and they will support each other unconditionally. That means the people who stick to the rules and pay the bills are the ones that get locked out of the system. (taxation without any real representation, and the fear of the Nazis coming down on them - not all that different from slavery when you get right down to it) The way I see it, there is no really low-impact way of changing their minds or getting rid of them. They have consciously chosen to close off all peaceful avenues of change. They have consciously locked the people who pay the bulk of the bills (i.e. the taxpayer) out of the legislative and judicial processes.

Does it really take a genius to see what is going to happen? All of this could have been stopped 40 or so years ago IF someone or some group put their foot down and didn't allow standards in all areas to be lowered so we could be more "inclusive". The only reason the ball got rolling on the mess was we let it happen under the guise of what is today called political-correctness.

I don't believe we have to go fascist to fix the USA if we let the Constitution and BoR works intended, but the historical precedent for reviving a beaten and bankrupt nation has historically been some form of fascism, and few who went through the public school system seem to know much about history. There is no denying at the political playbook of the 20th and 21st centuries is "Mein Kamph"; those in power genuinely feel they are better than the rest of us peons.

If anyone thinks we can just change a few things and go back to the glory of the post-WW2 years... they had best focus their efforts on building a time machine.