The TSA’s Response To Gun Accident is Deafening! 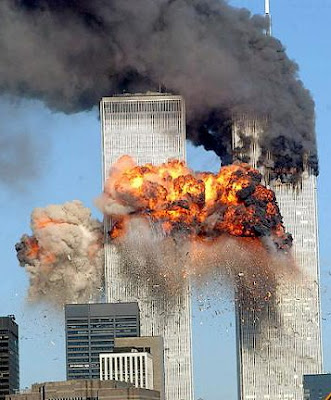 The TSA has muzzled their trainers and administrators as they throw good money after bad. Rather than give up their obstructionist ways the TSA is searching for yet another unorthodox, Rube Goldberg style gun locking contraption.

The TSA is hoping for anything at all, regardless of cost to separate FFDO pilots from their guns or a way to claim the program should be scrapped as unworkable. They just refuse to adjust to the law of the land that mandated armed pilots.

TSA officials will do anything and everything they can to aid terrorists and leave the public unprotected. I know and they know that we are no better off than we were on September 10, 2001.

The TSA has their head in the sand as they know full well that there are explosives that will defeat their screeners and technology. They are also aware just how passengers can improvise deadly weapons with legal everyday items once onboard planes.

The TSA has no reliable contingent plans to deal with a terror attack from the tarmac level at our airports. Their entire program is only very expensive smoke and mirrors. The scam is to fool the public with their privacy and dignity invasions.

As always, we can count on government’s arrogance, incompetence and ineptitude rather than a real solution like fully trained and armed pilots to protect lives and assets entrusted to them.

They need to retire the booby-trap holster padlock idea and instead rely the experience of millions of law enforcement officers that have learned how to safely retain their weapons and deploying them only to save lives.

Paul, I like your blog. You may like my book, Cop in the Hood. Details at www.copinthehood.com

I’m getting a few comments from both sincere readers and TSA trolls that I have rejected, not because I disagree but because they are very wrong and misleading. The comments all seem to involve the following factors.

2. No law enforcement agencies in the world require officers to secure LOADED firearms with a padlock across the trigger.

3. It’s nearly impossible to read the tiny numbers on the padlock without turning the LOADED gun in an UNSAFE direction in the cockpit of an airplane.

4. Keeping a live round in the chambers of this double action pistol is mandated by the TSA. Racking rounds during an assault is a bad idea because it wastes valuable time, giving an attacker an advantage and in darkness the sound gives away your position. Save racking rounds for movie and TV directors that think that’s cool.
The way to end the danger is a simple two fold program:

End the repetitive and unsafe locking/unlocking of the loaded guns.

Have the FFDOs simply place the gun in a holster as they leave their hotel or homes and never handle the firearm other than on a firing range or during an emergency for which the FFDO program was created.