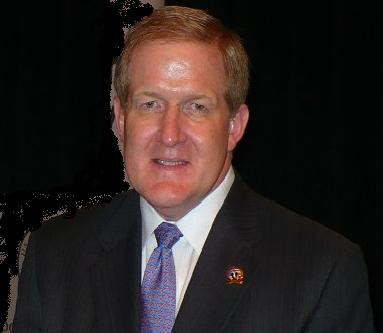 Appointed by President Bush in 2005 to head the troubled agency Hawley has wasted our money faster than it can be printed on things and programs that at best give a really poor illusion of security.

How can a man with no law enforcement training or experience be appointed to run such super sensitive operations as America’s Aviation Security?

Hawley obviously hates pilots as he has fought arming them and done everything possible to obstruct and or destroy the Flight Deck Officer program.

I question Hawley’s allegiance to America despite his long history has a Republican political creature. Hawley has done everything possible to keep America’s air transportation a soft target for our enemies.

The TSA is a rogue government agency and Hawley is at the helm.
Rather than take suggestions from law enforcement officials Hawley finds a way around them. The stonewall attitude and arrogance of any agency begins with its lack of leadership.
Posted by Paul Huebl Crimefile News at 4/17/2008 06:36:00 PM